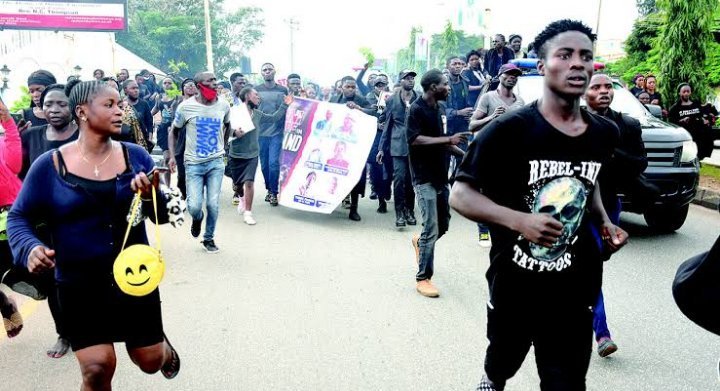 In connection to the attack on Islamic Muslims who were returning from the annual Zikr prayer in Bauchi State and heading for Ikare in Ondo State, twenty suspects have been arrested.

A press release by the Police Public Relations Officer, Frank Mba on Monday revealed that thirty-three victims were alsoo rescued from the suspects.

On Saturday, records have it that twenty-two persons were killed around 9:28 am when a group of irate youths attacked a convoy of five buses on Rukuba Road in the Jos North Local Government Area of Plateau State.

Condemning the act, the Inspector General of Police, Usman Alkali Baba called for calm and peace while assuring that the perpetrators of the act will be brought to justice.

Also condemning the act, President Muhammadu Buhari ordered the Police and all security agencies to fish out perpetrators of the attack.

The Inspector General of Police, IGP Usman Alkali Baba, psc(+), NPM, fdc has ordered the immediate deployment of Police Intervention Team to Plateau State to carry out on-the-spot assessment and ensure enhanced, coordinated response to protect the community and boost public confidence in the affected area(s) of the State. The deployment follows the unfortunate attack on innocent citizens in Rukuba Community in Jos North Local Government Area of Plateau State on Saturday 14th, August, 2021.

The Police Intervention Team is led by DIG Sanusi N. Lemu, mni, the Deputy Inspector General of Police in charge of Finance and Administration who is also the coordinating DIG, North-Central geo-political zone. The Team comprises personnel of Police Tactical Units – the Police Mobile Force (PMF), Counter Terrorism Unit (CTU), Police Special Forces, amongst others deployed to protect the communities, prevent further attacks and bring the perpetrators to justice. Also deployed are investigators and covert operatives from the Force Criminal Investigations Department (FCID) and the Force Intelligence Bureau (FIB). The operatives are expected to provide additional investigative, intelligence and forensic support to the Plateau State Police Command in the ongoing investigations and rescue operations.

The IGP, while condemning the incident, has called for calm and assured victims and relatives of the attack that the Police are working with the military, other security forces and the State Government to ensure that all perpetrators of the unfortunate incident are brought to book.

Meanwhile, the IGP noted that twenty (20) suspects have been arrested in connection with the attack while thirty-three (33) victims have been rescued.

The IGP enjoined citizens in the affected area(s) to support the security forces deployed to the hotspot by providing useful information that will lead to the arrest of other perpetrators of the crime and forestall any further attack.