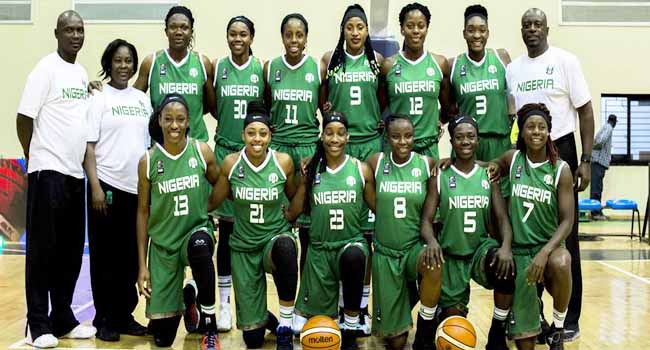 A member of the senior women basketball team, D’Tigress, revealed that their allowances, bonuses, training grant worth $4,900 had also not been paid.

She added that none of the D’Tigress team members would show up in camp in preparation for the February 2022 FIBA World Cup if the Nigerian government failed to pay them.

She said, “The last time we checked, some of our allowances, bonuses and training grants have not been paid. All our accounts numbers have been submitted but still no remittance. Donations made by banks for players, officials, volunteer stipends etc. dating all the way back to 2018 but I will let the managers address the vendor/contractor’s situation.

“$300 – $400 each Mozambique Olympic Qualifier allowance balance, were supposed to be paid $100 per day; $2,000 each training grant balance from Tokyo Olympics, players only. The $100,000 donated by three Nigerian banks to all the players and officials that made D’Tigress Olympics qualification possible final roster. The men also got $100,000 assigned to them, the total was $200,000.

“Miscellaneous expenses by players and officials; the full breakdown has been submitted to the outgoing Basket Ball President and the honourable minister, Sunday Dare.

“With all due respect to the association leadership, the Presidency, the Ministry and NBBF administration old and new, if these monies are not paid before the next qualifier of the next tournament in February 2022, FIBA World Cup, the entire D’Tigress team will not show up in camp. We are all saying this as one unit and one voice.”

On the poor outing of the team at the Tokyo 2020 Olympic, she said, “Whoever watched the Olympics games and knows Nigerian Basketball could see that something was wrong. We didn’t play our best because we weren’t treated or given the best during one of the greatest stages and moments of an Athletes career.

“Yes, we had some injuries, could have executed better but there were a lot of distractions around us like; Not knowing who we have available on the team. Not having enough practice time with each other to build cohesiveness.

“Our head coach did not prioritize adequate preparation nor trust his staff enough to delegate significant responsibility. Poor decision by the outgoing President Musa Kida, he avoided the D’Tigress in camp because we inquired about our money amongst other basic things, when he made it to the U.S, he bypassed us in Atlanta to Vegas to support the men’s team. He did not support us with any leadership personnel.

“I believe each player that has been a part of D’Tigress since 2017 has their thoughts and feelings about the dissolved NBBF Board and coaching staff throughout the time. It is evident that our voices haven’t been heard, our request for little things ignored, we are not being celebrated and recognized as this team deserves, instead allowances and bonuses are being owed by the NBBF and Ministry.

“Once again, not having a General Manager (GM) on the team created unwanted disorder. This was the icing on the cake for all players with the emotional buildup over the years. We knew all we could do is stick together, try to stay positive and enjoy the Olympics the best that we could. As a team, we know if we were well prepared to play in the Olympics, that there would be no doubt we could have advanced out of our bracket. To our loyal fans that have been by our side, we appreciate you all.”