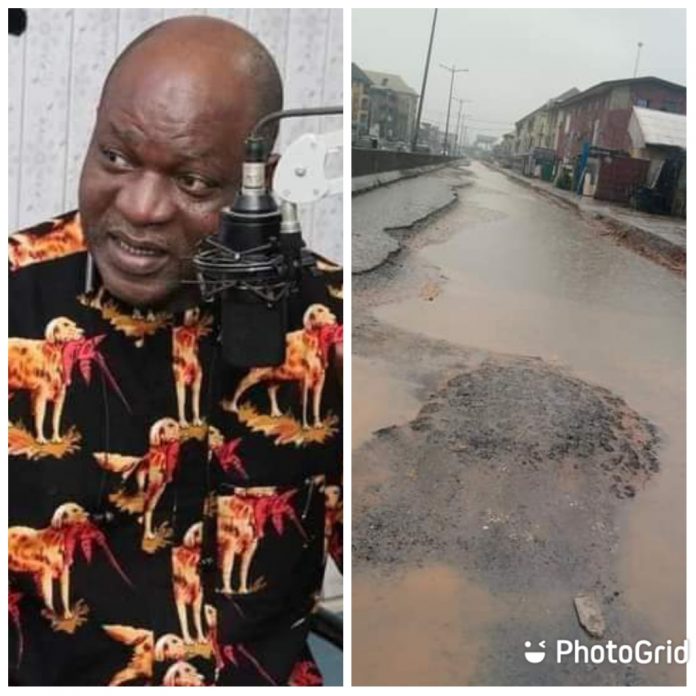 Abia State Government has reiterated that the government led by Governor Okezie Ikpeazu, PhD, has not completed Faulks road hence why it has not been commissioned.

Speaking with Dr Ike Onyenweaku and Ngozi Ibe on the Kota Sign programme on BCA radio, the State Commissioner for Information, Chief John Okiyi Kalu revealed that palliative work will start this week on Faulks road.

“We’ve not completed Faulks road as a project and that’s why it has not been commissioned. We are going to do palliative work starting this week along Faulks road. By the last week of November or the first week of December, we’ll start the final work on Faulks road. We’ve observed the topography of the road and have contacted the contractors.”

When asked about the Osisioma flyover, the first flyover in the State, Chief Okiyi revealed that the Arab contractors handling the project have a policy that it cannot keep working during the rainy season but will return to the site once it’s the dry season.

“Arab contractors promised that they will complete the work by July, August but unfortunately they have a policy that they do not do a work during rainy season. They are coming back to complete the work on the flyover and osisioma junction. When they do it, after just two weeks, we will invite you for another kinetic commissioning. They have an existing contract, we are waiting for them, once they do that, we will asphalt the top of the flyover. Those returning for Christmas will use the flyover.”

Chief Okiyi also stated that he has visited the Ngwa road and has seen the progress so far which the state government is monitoring as it plans to deliver the project before 2022.

“In Ngwa road, they are delivering the drainage and once the rain stops, the road will be asphalted. We will deliver Port Harcourt road, at least two lanes before July 2022. We are expecting to commission Ngwa road before 2022. The Governor, Dr Okezie Ikpeazu does not sleep and will never mislead the people of Abia State.
In Ubakala road, the contractors are back on-site and we are looking at doing a lighted roundabout, the contractors are back on-site and are doing the drainage system now.”

Concluding, Chief Okiyi revealed that the government is looking at commissioning 47 classroom projects, about 17 Road projects and delivering the governor’s lodge where he will sleep before 2023 among other projects.

“What Governor Ikpeazu has done is set the pace for subsequent governments so Abians will not be cheated. He has started so many things which Abians will appreciate once he leaves office.”