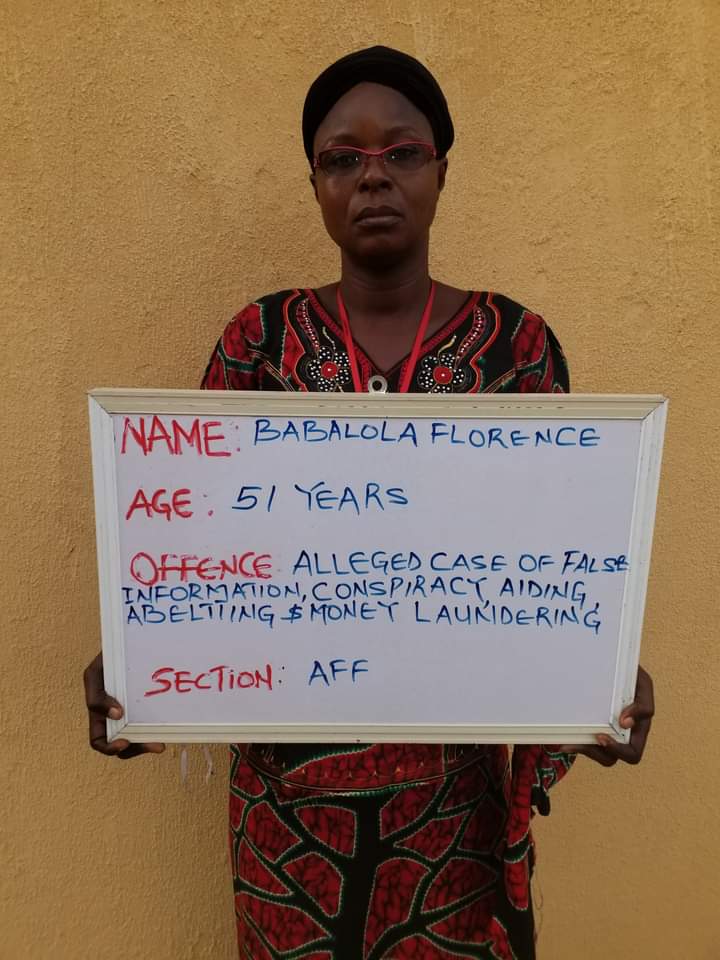 A 51-year-old radio staff, Babalola Funmilayo Florence has been arraigned on a two-count charge for giving false information in Kwara State on April 5 2022.

Funmilayo, a staff of a popular radio station in Kwara State was brought before Justice Muhammed Sani of the Federal High Court sitting in Illorin by the Illorin Zonal Command of the Economic and Financial Crime Commission, EFCC.

It was gathered that Funmilayo, allegedly in her statement to the Commission, falsely denied ownership of a White Lexus 350 SUV linked to her, while the car documents, as well as her chats with the car seller, proved the contrary.

Florence, between 30th March, 2021 and 16th July, 2021 at No 1, Catchment Close, Off Forest Road, GRA, Ilorin, Kwara State, made to Ayoku Ganiyat, an Officer of the EFCC in the course of the exercise of the duties of her office, statements which she knew is false, by denying knowledge of her name on the car documents of a White Lexus 350 Jeep with Reg. No. FST741GH, thereby committed an offence contrary to Section 39 (2) (a) of the Economic and Financial Crimes Commission (Establishment) Act 2004 and punishable under section 39 (2) (b) of the same Act.