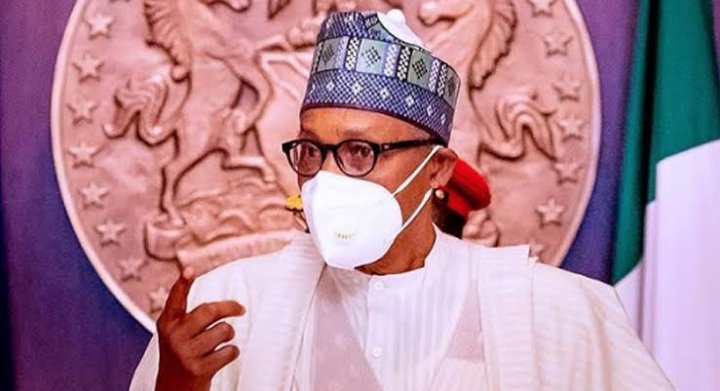 President Muhammadu Buhari says the administration’s ambitious policy of lifting 100 million Nigerians out of poverty did not come by accident or “something we just bumped into,” but a deliberate one that will be pursued with remarkable grit and determination.

Speaking on Tuesday at a meeting with the Presidential Economic Advisory Council (PEAC), which was also attended by Vice President Professor Yemi Osinbajo at the State House in Abuja, President Buhari agreed with the Council that the country required a poverty reduction strategy that will usher in a “rapid, sustained, sustainable and inclusive economic growth.

In a short speech after the presentation of the report on the national poverty reduction strategy, developed by the PEAC, President Buhari requested the PEAC to present the document to the Federal Executive Council (FEC) tomorrow as part of the consultation process. He also agreed with the Council that this ambitious program of lifting 100 million Nigerians out of poverty is a challenging one, but one that can be achieved.

The President wondered what became of the nation in the past, “with all the resources available to it” that no such coordinated, holistic agenda on poverty reduction was ever contemplated.

“I was shocked, hearing from you that, of the vast agricultural land resources available to the nation, only two per cent of it is under irrigation, promising that “we will make the best use of the land. Thank you for shaking us up. We are now awake, we will not doze off again. We didn’t just bump into this, we believe it is something we can deliver on.”

After listening to the PEAC Chairman, Professor Doyin Salami, who led the presentation, President Buhari cleared the way for Ministers to be briefed on the implementation plan at the FEC meeting on Wednesday, 24th February 2021.

The plan, which Professor Salami said had so far gained an overwhelming approval of stakeholders across the country had earlier been presented to the Vice President; Secretaries to Government of all the 36 States, and the Governors at the National Economic Council; Development Partners, including the World Bank, IMF and AfDB; Civil Society Organisations and the Organised Private Sector actors in the country.

The PEAC Chairman welcomed the country’s exit from recession but cautioned that the strength of the economic growth must be driven in a way that will overtake population growth.

The poverty reduction strategy, as presented, requires the nation to aim to raise agricultural productivity; to address the wide disparity among States and the regions in the distribution of poverty; to ensure macro-economic stability, and to take advantage of the different economic endowments of the country in the promotion of industrialisation. The strategy benefited from extensive consultations among all stakeholders in both the Public and Private sectors to achieve “ownership and sustainability”.

In defining the principles of the new strategy, the PEAC said the approach will be multi-dimensional. “Poverty is not only a lack of cash. It is defined by lack of access to shelter, health, education and jobs which must all be addressed.”

While nothing that there had in the past been varied attempts to eradicate poverty in the country, the Council submitted that this was the first time that “we are consolidating on the achievements of the past and avoiding past mistakes; it is the first time that everyone is coming on board – Federal Government, States, the Private Sector, Development Partners and the Civil Society. Poverty reduction must not be left to the Federal Government alone, it is everybody’s responsibility.”

To this effect, the Council suggested the setting up of a “National Council on Poverty Reduction,” made up of all these stakeholders, which was accepted by the President.