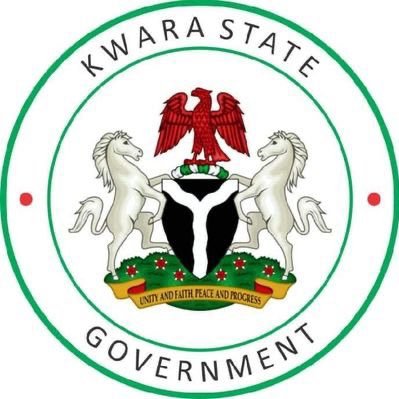 To maintain peace and order amid crisis, the Executive Chairman of the Kwara State Teaching Service Commission, Mallam Bello Tahueed Abubakar has directed Principals, Teachers and Staff of all 10 Schools shut down to report at their respective schools on Friday, 19th of March, 2021.

This happened following the crisis that happened in the school when the Christian parents barred the Muslim students putting on hijab from entering the school just a day after resumption from being shut down by the government.

This led to a crisis with their Muslim counterparts and later resulted in a clash between groups who started throwing stones and chair at others until the security arrived to restore peace.

The statement which was made available on Thursday by the press secretary, Amogbonjaye Peter, revealed that resumption was necessary to prepare the final year students for their external examinations.

Part of the statement reads;

“Mallam Bello said any staff that failed to report to their duty would face the full wrath of the law as the government will not condone any act of insubordination.

Alhaji Abubakar also warned all stakeholders against taken law into their hands, stressing that peace meeting continues between the government and the stakeholders.

The Executive Chairman explained that the government regretted the inconveniences the shutdown might cause the students, saying that the action was taken in the interest of peace,

He also appealed to parents and the members of the public to remain calm as the government is on the top of the situation since its meeting with stakeholders is still ongoing.” 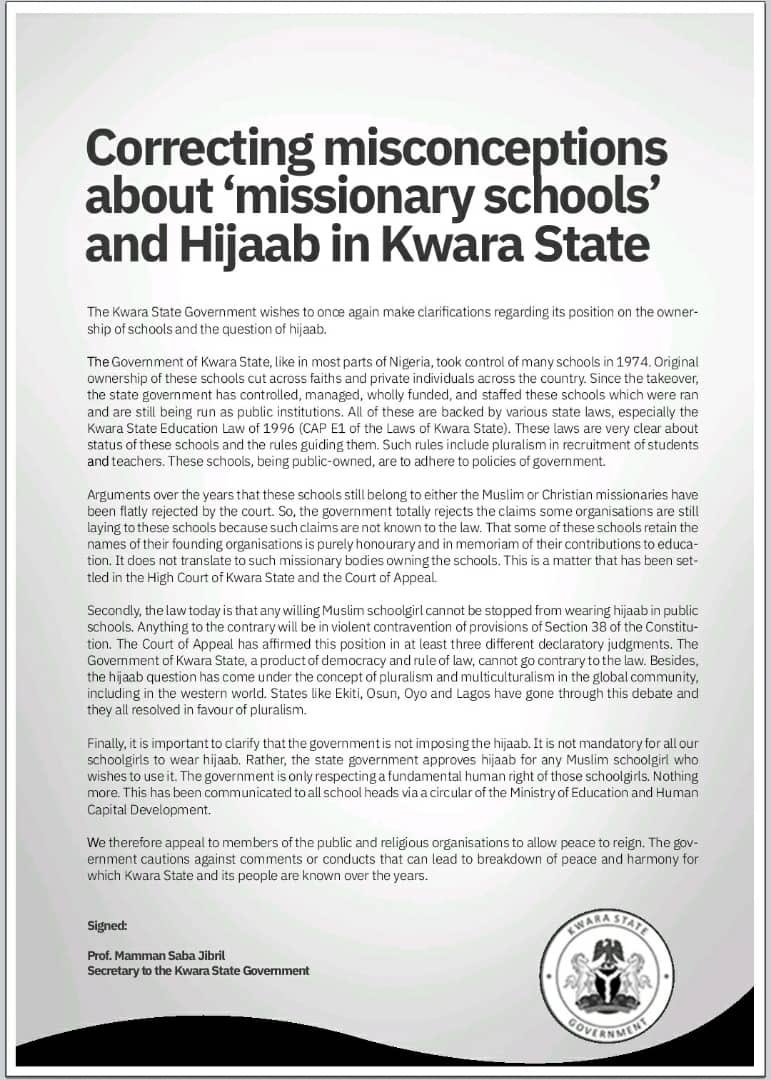 Recall that 10 grant-aided schools were shut down on February 19th over the crisis which erupted over allowing hijab-wearing students in the school.

It was agreed that the students be allowed to the school. The schools were earlier scheduled to resume last Monday, the government postponed the reopening, citing safety reasons owing to the opposition of the Christian leaders.

In a press statement on Wednesday, the government of Kwara State revealed that the schools are owned by the government and it was not ready to hand it over to the missionaries.