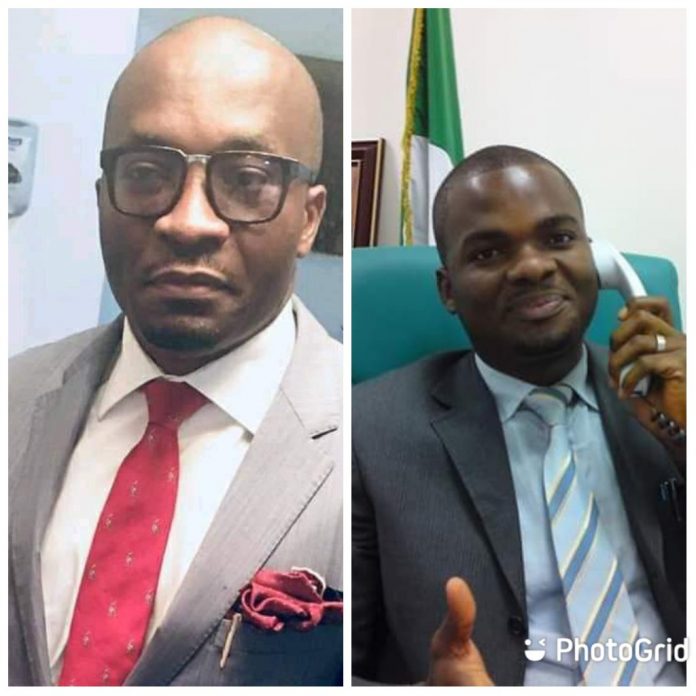 A High Court sitting in Umuahia has adjourned till Wednesday the 4th of August 2021 in a case bothering on primary and secondary schools certificate forgery brought against the Member representing Bende Federal Constituency, Hon. Benjamin Kalu by an APC chieftain, Hon. Okey Ezeala.

Addressing journalists in Umuahia after the court adjourned on Monday 02/08/2021, the claimant Hon. Okey Ezeala who once represented Abia north in Nigerian Youth Parliament Abuja while in the National Assembly as a Senior Legislative Aide, Member ECOWAS youth parliament and candidate of the APC in the 2019 Bende South State Constituency elections, revealed that the substantive case borders on name irregularities in credentials Mr Benjamin Kalu submitted to INEC, contrary to the constitutional requirements of a citizen before participating in elections into the National Assembly, which he explained include First School leaving or its equivalent.

He further emphasized that “if we elected Benjamin Kalu in Bende into the House of Representatives and there is no Benjamin Kalu and neither is there a valid change of name. Emphasis on the word VALID because one cannot mix up several names till the University, you now go to do affidavit for a change of name whereas the same name you are doing affidavit to change, you have been using it for official documents from time immemorial – that’s an afterthought. You cannot put something on anything and it would stand. Bende people know that they elected Benjamin Kalu and then somebody else certificate is in INEC, something is wrong somewhere.”

Hon. Okey Ezeala disclosed that his prayers “is for the court to determine whether somebody who does not have a valid school certificate or primary school certificate can contest an election to Bende federal constituency and indeed any other constituency across the federation. Secondly that the court should determine whether Benjamin Okezie Kalu was a valid candidate abinitio.” Adding that if the answer to the matters raised is not in affirmation, the court is therefore requested to declare that APC had no candidate abinitio in that election and consequently order INEC to issue Certificate of Return to those that participated in the elections and scored the highest votes. According to him, he has absolute trust in the court to decide whether someone can benefit from his wrongdoing, adding that, there are precedents as ruled by the Supreme Court in several matters, where a particular party loses out into. Moreover, giving the fact that it is a forgery case that has no time bounds for determination.

Also, the claimant informed journalists that counsel to Ben Kalu, K. I Nwaoffor (SAN) and his team have hitherto opposed the appearance of his counsel, Chief Okey Amaechi, (SAN) which He described as an attempt to change the goal post at the middle of the game” but expressed gratitude to the court for ruling in his favour to allow both Chief Okey Amaechi (SAN) and Charles Onuchukwu esq to continue with the matter. Hon. Ezeala however expressed optimism that the court would rule in his favour, saying that it would serve as a deterrent to others.

Lending her voice, one of the members of the claimant’s counsels and lawyer with Chief Okey Amaechi (SAN), Maureen Onosike said “There was an opposition from the other party that we cannot come in to represent the claimant because there is no change of counsel and the learned silk argued that there is no need for a change of application that we are simply joining the already existing counsel representing the claimant and the court ruled in our favour” She said, “the learned silk has justified his claim by enlisting Charles Onuchukwu as one of the lawyers he is appearing with, so he overruled them stating that there is no need for a change of counsel.” The lawyer disclosed that the court has adjourned the case till Wednesday (04/08/2021) this week and expressed hope that justice would prevail at the end of the day.