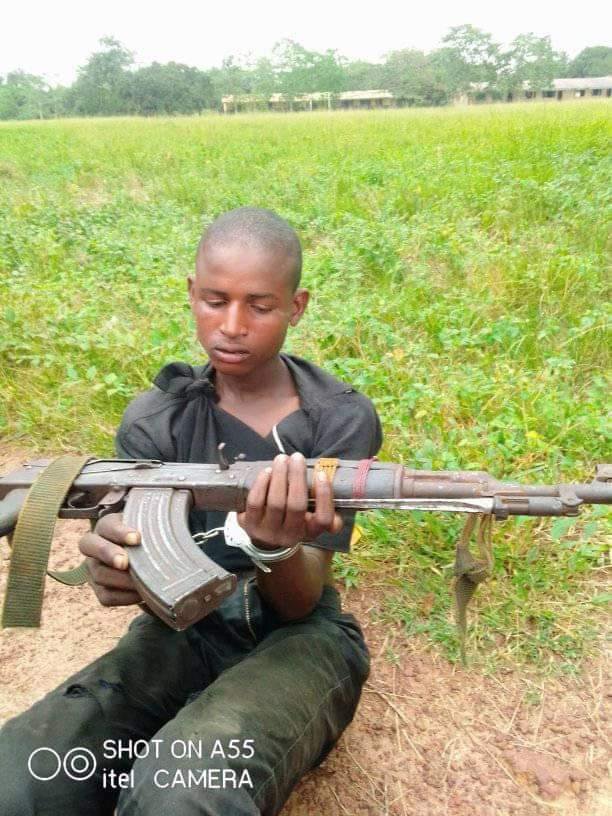 Operatives of the Ogun State Police Command have apprehended a herdsman who simply identified himself as Mohammed with one AK-47 rifle.

According to a statement from the Spokesman of the state police command, DSP Abimbola Oyeyemi, the arms-bearing herdsman was arrested following information received by the DPO, Imeko Divisional headquarters, that two young Fulani boys were sighted at CAC Oha forest, Iwoye Ketu in Imeko Afon local government area with Ak 47 riffle.

Oyeyemi said, “Upon the information, the DPO mobilized his men and other stakeholders like the hunters, Vigilante men, So Safe Corps and stormed the said forest.

He stated further that after hours of combing the forest, one Mohammed was seen hiding in the bush with one AK 47 riffle and was promptly arrested.

The police said the young Fulani boy is strongly suspected to be a member of kidnap syndicates who has been terrorizing the area for quite some time now.

Meanwhile, the State Commissioner of Police, Edward Awolowo Ajogun, has ordered the immediate transfer of the suspect to the state criminal investigation and intelligence department for discreet investigation.