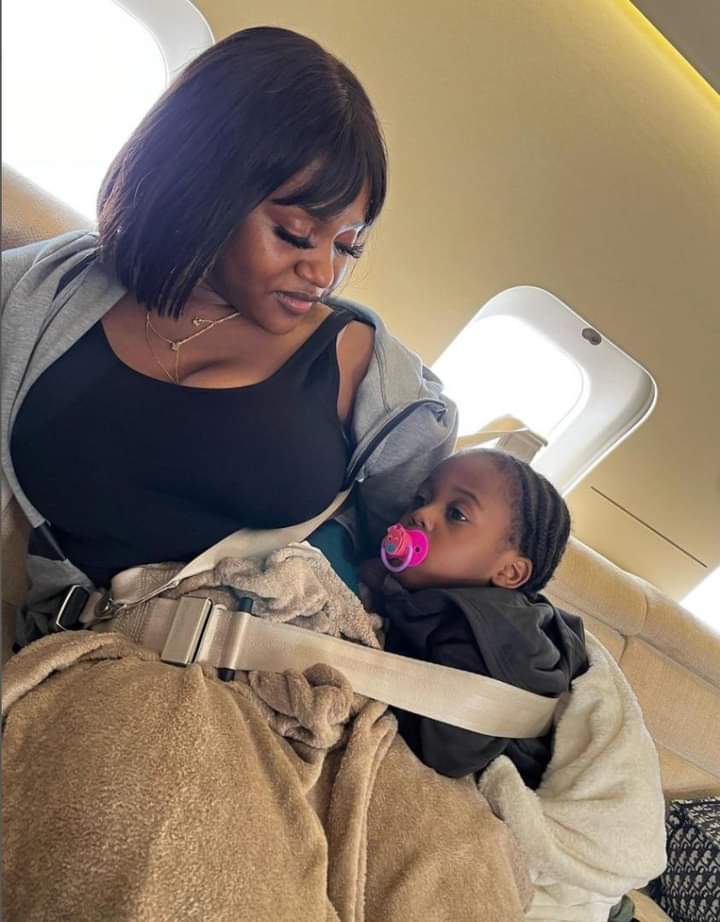 Chioma Rowland, the mother of Singer David Adeleke’s son Ifeanyi have jetted off to London to attend her estranged lover’s 02 show.

A video shared by a Music executive and Instagram blogger Ubi Franklin showed Chioma and Ifeanyi with other crew members.

Other members of Davido’s family have also arrived in the UK for his much-anticipated show.

Chioma and Davido broke off their engagement after a much-celebrated relationship and since then, the singer has gone on to have a child with Larissa London who is based in London.