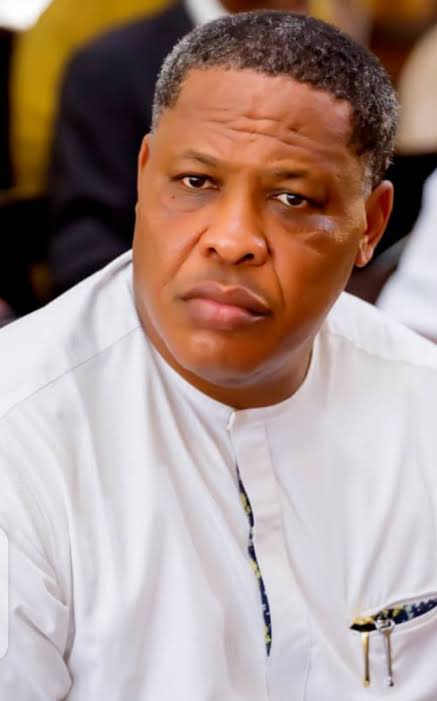 The Ikwuano Young Professionals Worldwide (IYPW), a group of young professionals of Ikwuano origin based abroad has described as “most uncharitable, irresponsible and unfortunate”, statements credited to a House of Representatives candidate for Ikwuano/Umuahia Federal Constituency, High Chief Obi Aguocha inferring that the people of Ikwuano have been slaves to their neighbours while presenting and describing himself as the only person who has the “unflinching zeal to restore their (Ikwuano) lost pride and dignity when elected at the Green Chamber”.

In a statement endorsed by Martin Igbokwe and Charles Onyemaechi, President and Secretary of the group respectively, the Ikwuano Young Professionals (Worldwide) said they were shocked to read some of the things said by Chief Obi Aguocha concerning the people of Ikwuano.

Part of the statement reads:

“How could anyone who claims to know our story as a people speak so lowly of us as if we do not have men and women who have distinguished themselves creditably well in their various fields of endeavours both locally and internationally?

“How could Obi Aguocha have inferred that Ikwuano people are servants to anybody, group of persons or clans when we have the undoubted capacity to hold our own anywhere in the world without the intervention of anybody or clan?

“Ikwuano is a great nation that has produced men and women of great reckoning over the years. A nation of people with leaders like Rear Admiral Ralph Osondu (rtd), Barr Monday Onyekachi Ubani, Hon Sam Onuigbo, Col Austin Akobundu (rtd), Prof Mrs Ihuoma Ndimele, Hon Stanley Nwabuisi, Dr Ifeanyi Uke, Chief Dr Nzeribe Okegbue, Chief Henry Ikoh, Engr Joseph Mpamaugo, Gen Charles Okoro (rtd), Dr Adolphus Okebugwu, Mr Ngozi Anyaogu, Dr Anthony Ewelike, Hon Emeka Osoagbaka, Prince Innocent Eleogu among many others, cannot and should not be referred to as slaves to anyone except by someone like Obi Aguocha who wishes to be disingenuous, mischievous and malicious in his view of Ikwuano people.

“More worrisome is the audacity and the brazenness with which Aguocha made these condescending statements and inferences right in Ikwuano land in the name of political campaign at the Ikwuano Socio-economic Summit 2023 organised by Ahamefula Development Initiative Ikwuano (ADII). Such an audacity!

“For Aguocha to have stated at the Summit that “the problem of Ndi Ikwuano is also Ndi Ikwuano” is a direct attack on the tireless efforts of our leaders at greatly improving the fortunes of our people. What we need at this point in time is not one who talks down at them but one who acknowledges their efforts and achievements and even offer to collaborate with them for further development of our great land. Aguocha with his rash outbursts is certainly not one of such desired persons.

“His other statements at the same Summit that he has “personally observed that Ikwuano have been so dependent on Umuahia to the extent that it now looks like they are mere servants to the people of Umuahia”  and that “No Ikwuano person can be anything politically without the influence of the Umuahia Political Dynasty…they determine their political realities/destiny, and they have so made it routine that the people themselves are voiceless” are not only careless but are also very depressing to say the least as our leaders have been able to carve their own niche in their various fields of endeavours including politics. We therefore reject in totality Obi Aguocha’s assertions about our people and wish to inform him that the people of Ikwuano are not interested in supporting anyone who already displays his kind of haughty and oppressive nature.

“Why does he think he is the one qualified to come from another distant land to ‘rescue’ us from his imaginary slavery?

“Aguocha should not mistake our meekness for weakness. His politics of blackmailing other clans and disparaging our people in the process will not work with us. The people of Ikwuano are highly collaborative but will not compromise their independent-mindedness. And no one can fault us for this.

“We hope his reckless display of superliciousness is personal to him and does not represent the character traits of our Ohuhu brothers?

“We hereby call on him (Chief Obi Aguocha) to take his merchandise of doom and gloom somewhere else as the people of Ikwuano will not fall for his cheap antics”, the statement concluded.