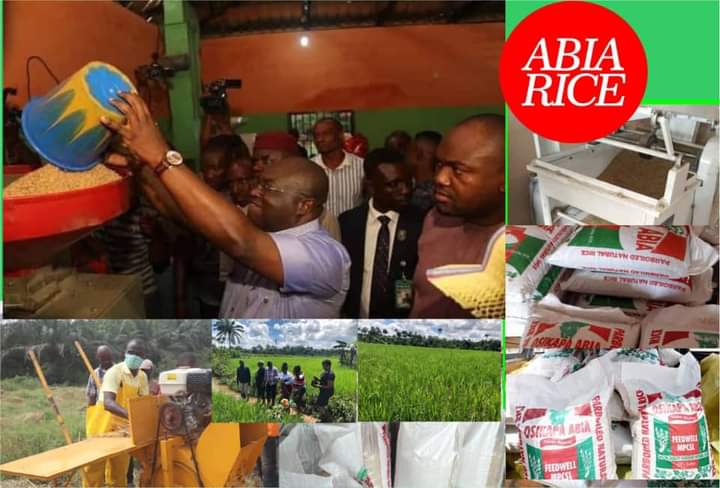 Outside the revolution going on in road infrastructure in Abia State, where the construction of scores of roads have been completed and others undergoing construction, some nearing completion, other sector that has attracted immense attention in the Gov. Okezie Ikpeazu’s- led administration is the agricultural sector.

The governor’s broadcast during 30th anniversary of the state celebrated recently raised the already high hopes of Abians that when the administration of Gov. Ikpeazu winds up in May 29, 2023, the governor would leave behind an attractive economy of the state that would not solely depend on allocations from oil, which prices are ever fluctuating.

Gov. Ikpeazu in the broadcast announced the completion of palm kernel oil processing plants in some local government areas of the state and the proliferation of cottage industries. He also strongly assured that two more plants will be completed before this year winds up.

Rekindling the memories of illustrious sons of Abia, Gen. Johnson Thomas Aguiyi Ironsi, and Dr. Michael Okpara, whose families lost their matriachs,Lady Victoria Aguiyi Ironsi and Adanma Okpara recently, the governor states:”In the area of agriculture, with revered reference to the memories of those great amazons and their spouses, permit me to inform us that Abia State under our noble watch has embarked on the proliferation of Cottage industries in the local government areas of our state. Today, we have completed palm kernel oil processing plants in Obingwa, Ugwunagbo, Umuahia North and Isiala Ngwa North. Two more will be ready before the end of November 2021. These 6 plants will be commissioned in December 2021″.

According to him,”by the time we establish these in all the 17 LGAs, and in addition to what we had done with the planting of over 4 million tenera seedlings of oil palm, we would have further deepened the legacies of M I POWER as an icon of agricultural revolution in Nigeria”.

Abia’s march to an agricultural hub in the country has been on a steady pace. Efforts are on top gear to revamp the Ulonma Farm Settlement established by the late premier of the defunct Eastern Region, Dr. Michael Okpara.

There is no doubt that Gov. Ikpeazu bis living up to part of his manifesto in agriculture, which is “leveraging on the Federal Government’s existin programs covering cocoa, palm oil, cassava and grain/ rice; partnering with local and international agricultural research institutions (Cocoa Research Institute of Nigeria -Ibadan, National Root Crops Research Institute – Umudike, National Cereals Research Institute amongst others) to provide advanced seedlings and extension services to small holder farmers;creation of large agro-allied zones for commercial and mechanized farming located within the State’s crop production areas, supported by irrigation, storage and transport infrastructure;facilitate increased investment in the agriculture sector through integrated farming and extending through the value chain; establishment of marketing boards to improve access to market to minimize economic shocks for small holder farmers and indeed all farmers within the state;enhance specialized/ vocational education to produce skilled workers for this industry”.

Indeed, it has been magnificent in the agricultural sector.Abia’s economy in few years ahead would be substantially driven by oil palm and other cash crops. The state has also deployed latest specie of oil seedling called tenera which was bred by the International Institute of Tropical Agriculture (IITA).Tenera, which is a hybrid variety obtained by crossing Dura and Pisifera, is a much better variety for industrial and economic purposes.