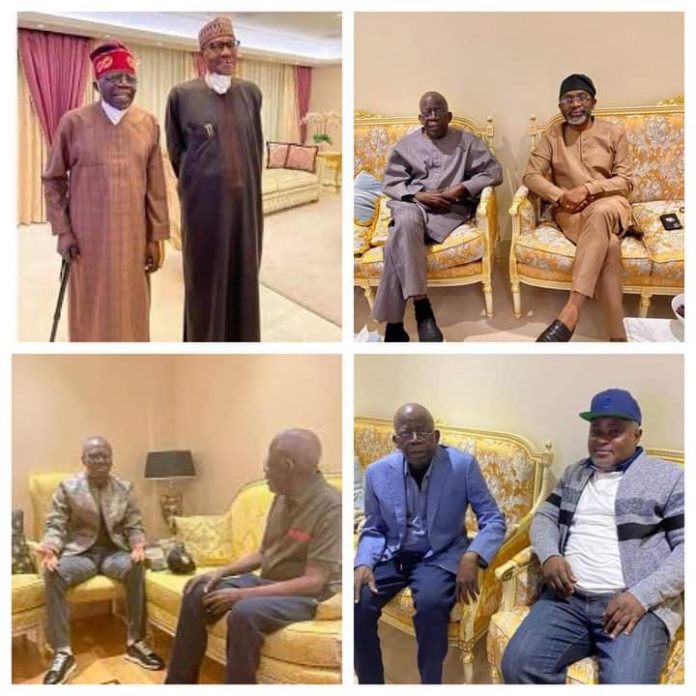 The former aide to former Goodluck Jonathan, Reno Omokri has condemned the influx of Nigerians to take pictures with national leader of the leading All Progressive Congress, Asiwaju Bola Tinubu in London.

Speaking on his Facebook page on Saturday after the pictures of the former Governor of Ogun State, Ibikunle Amosun visiting emerged, he advised Nigerians not to repeat the mistake of 2015 in 2023 and vote in Tinubu, as he may turn out to be UK based President.

Omokri also warned that he will not protest or harass the President out of London if that happens as he will allow Nigeria enjoy their choice.

“The way people are trooping to London to take photos with Bola Tinubu is a warning to Nigerians that if we repeat the mistake of 2015, and vote Tinubu in as President in 2023, we will have another UK based President. And if that happens, I won’t do #HarassBuhariOutofLondon again. I will just say Nigeria deserves what she gets, and jejely enjoy the rest of my life traveling and relaxing. The fact that we are even considering a man who has been away for three months for an ailment that we do not know, and are very unlikely to know, is a sign that we have not suffered enough. We need a bit more suffering to reset our brains.”

There has been speculation that Bola Tinubu might be contesting for 2023 presidential even though he has not revealed his candidacy.

Nigerians, however, rejected the speculation stating that a younger, more articulate leader is needed to set things right in the country.