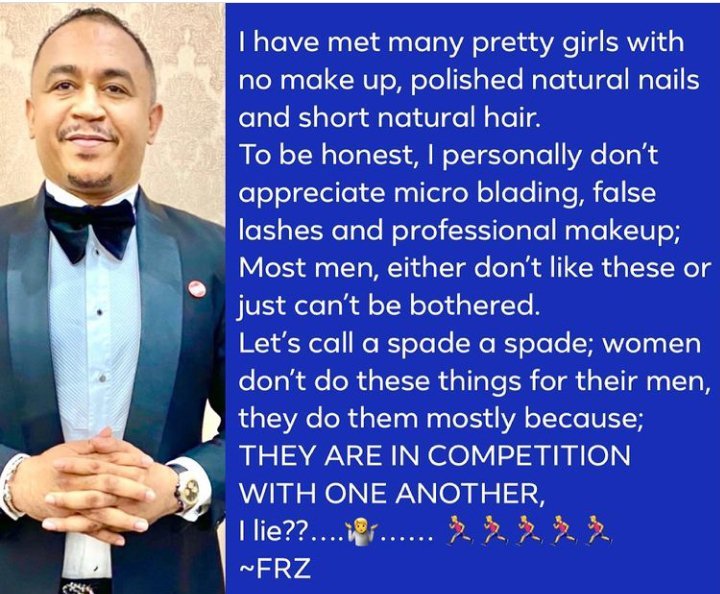 Controversial media personality and OAP, Daddy Freeze stated that women do not dress to impress men but rather to outshine other women.

He revealed that women are always in competition to one another as most men do not appreciate glamourous make-up and other artificial tag on.

Writing on his Instagram page on Saturday, he revealed that his wife do not make up often and he likes it that way.

“I have always preferred @tastebudzng with either mild or no makeup at all. Since I met her she probably has had her makeup done professionally 5 times..

I have met many pretty girls with no make up, polished natural nails and short natural hair.
To be honest, I personally don’t appreciate micro-blading, false lashes and professional makeup;
Most men, either don’t like these or can’t be bothered.
Let’s call a spade a spade, women don’t do these things for their men, they do them mostly because:
THEY ARE IN COMPETITION WITH ONE ANOTHER,
I lie??….路…… ‍♂️‍♂️‍♂️‍♂️‍♂️
~FRZ”