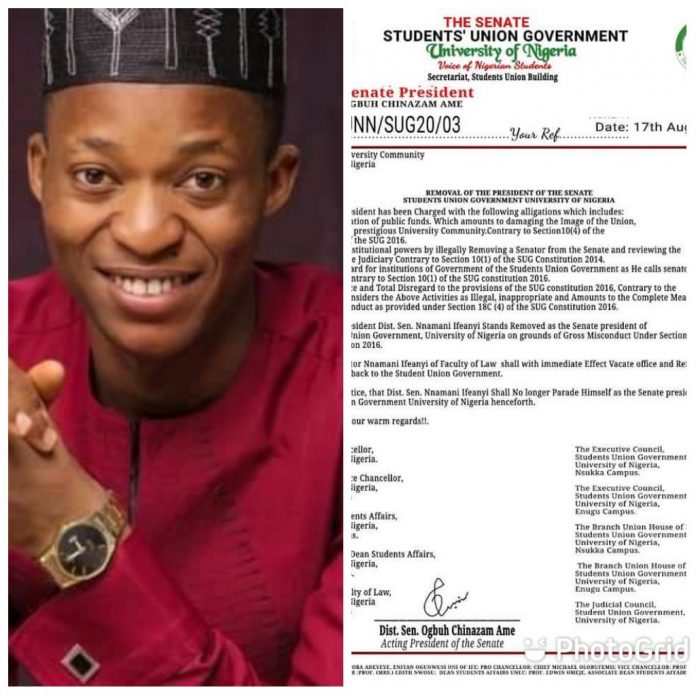 The President of the University of Nigeria Nsukka and Enugu Campus, Comrade Ani Stephen and Comrade Ugwuja Henry Obinna have been indicted for alleged misappropriation of N65.3 million of the union fund.

In a letter shared by the school management, the Senate President Nnamani Ifeanyi was also impeached over the embezzlement of N3,238,500 (Three Million, Two Hundred and Thirty-Eight Thousand, Five Hundred Naira) million.

The letter also revealed that Nnamani was also indicted for damaging the image of the school, gross misconduct, disobedience and total disregard to the provisions of the SUG Constitution.

The letter signed by the Acting President, Dist. Sen Ogbuh Chinazam Ame revealed that the impeached Senate President must refund the sum of N3.2 million to the Student Union Government.