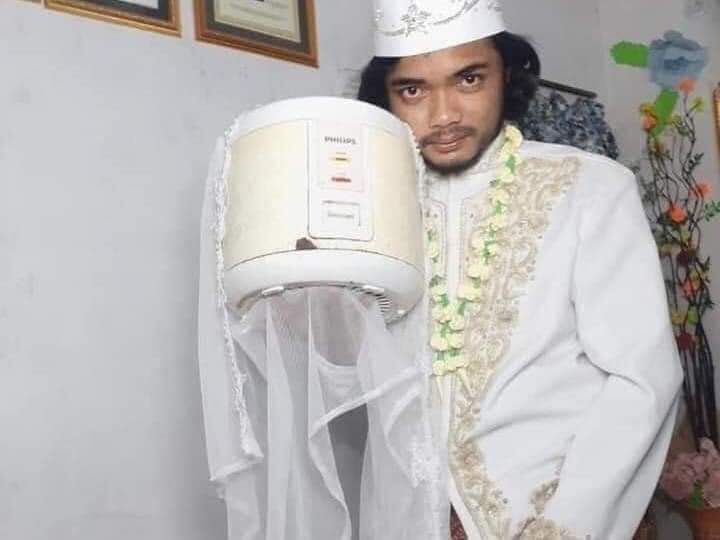 In a viral photos on Facebook, an Indonesian man identified as Khoirul Anam, has married a rice cooker on September 20, 2021.

The man was dressed up in wedding attire while the rice cooker donned a bride’s veil.

In the caption, the man hailed his “new bride”. He said she is “white (fair), doesn’t talk much, and great at cooking”.

But in a subsequent post, he announced his ‘divorce’ with the kitchen appliance four days after citing that it could only cook rice.