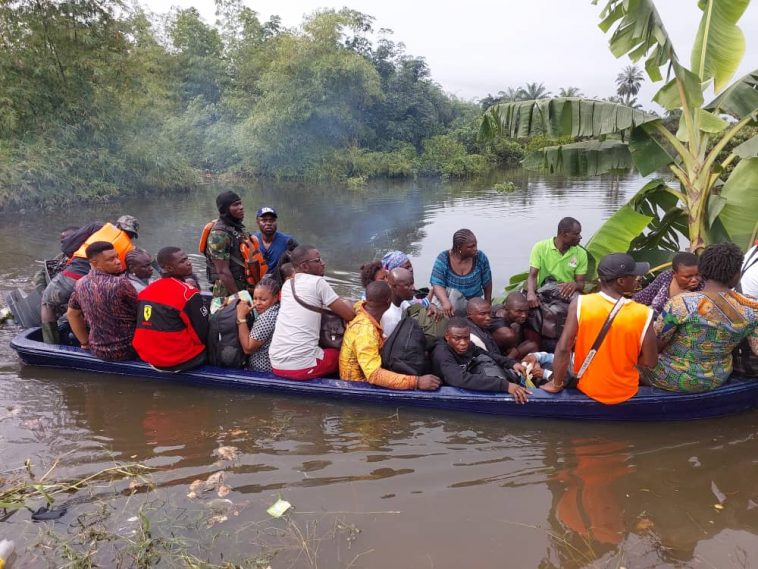 Despite President Muhammadu Buhari’s silence over the ravaging flooding that has sacked many communities across the country, the Federal Government has distributed relief items to victims in 21 States.

The relief items were distributed through the office of Sadiya Umar Farouq, the Minister of Humanitarian Affairs who confirmed it on Wednesday in a press briefing.

According to the Personal Assistant to President Buhari on New Media, Bashir Ahmed, this is one of the responses and interventions of the Buhari-led administration to the crisis.

Through the Nigerian Navy, food and relief items were taken to the victims in Okogbe-Ihiuke-Ahoada axis on the East-West road Rivers State and other areas in the country.

Nigeria is experiencing the worst flood disaster in its history with over 600 persons dead and about 1.3 million persons displaced in different places.

After many weeks of flooding, on Tuesday, President Buhari who is in South Korea for the First World Bio Summit gave the Minister of Water Resources, Engr. Suleiman Adamu Hussaina, 90 days to lead and coordinate with the Ministries of Environment and Transportation as well as State Governments to develop a comprehensive plan of action for flood disaster prevention in Nigeria.

However, it remains to be seen how far-reaching the said order could be in the face of the biting condition.