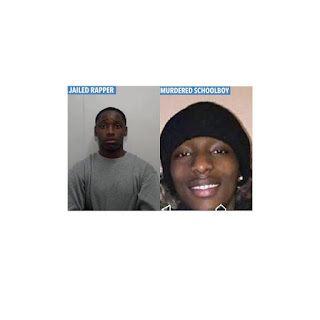 Months before the ‘brutal and cowardly’ attack, in which 15-year-old Kyron Webb was knifed in the heart and back, Michael Idehen rapped about ‘cheffing’ – a slang term for stabbing – in a YouTube
video.

The youngster’s life was taken following an ‘inconsequential disagreement’, the court heard. Idehen claimed the spat started after he made ‘derogatory’ comments about a rap group on Snapchat – and that Kyron threatened to stab him.

He was jailed on Friday – his 18th birthday – having pleaded guilty to murder at an earlier hearing. Harrowing CCTV footage showed him plunging a knife into his rival’s heart in Moston, Manchester, in October last year. He was jailed for 15 years