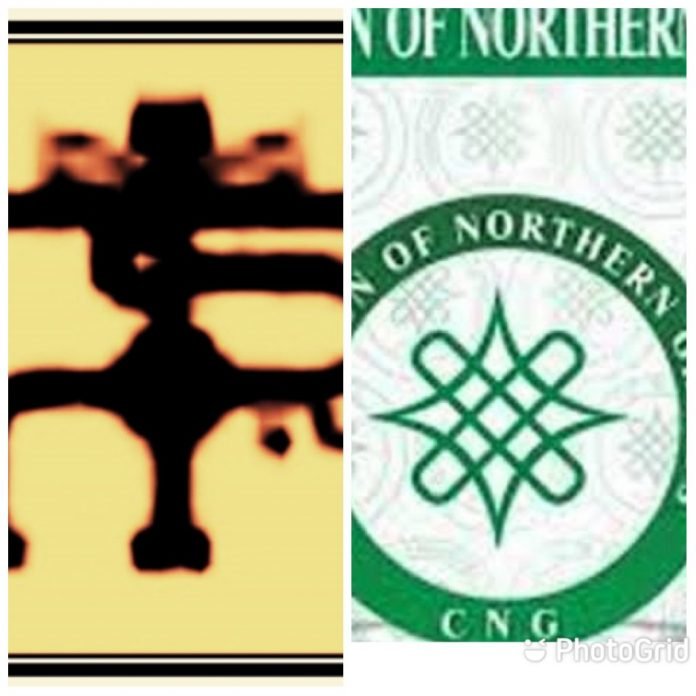 A group identified as the Chi Republic Inter-Creed Council has blasted the Coalition of Northern Group over its dismissal of the position of South-East leaders on the Indigenous Peoples of Biafra, IPOB.

South-East leaders had in a meeting on Saturday disowned the activities of the secessionist group, reiterating that the region was committed to one united Nigeria under the platform of equity, justice and fairness.

However, the CNG called the position of the South-East leaders as ‘insufficient, deceptive and unacceptable.’

Chi Republic group, in its statement, challenged the CNG to produce a news article where the leaders of the North including their Senators, Governors and Presidents condemning the criminal activities of Boko Haram, bandits and hoodlums.

“Can you provide us with any official instance where any of these forums or caucuses in the north came out to disown and condemn Boko Haram, Fulani herdsmen and the bandits that ravage the north?”

They revealed that the region has been advocating for the criminals who have grown to terrorize other regions in the country and have been duly compensated with positions in the armed forces and funds from the Southern Nigeria.

It made it clear that even though the CNG it’s known for its hypocrisy and negotiation with terrorist, South-East leaders will not kill their youth asking for a secured and better life.

The group also defended the setting up of the Ebubeagu Security Outfit and equating it with the Eastern Security Network set up by Nnamdi Kanu, the leader of the Indigenous Peoples of Biafra, IPOB, saying that it was set up as self-defence over the murderous barbarity of the Fulani herdsmen whose activities have been seen as the world’s deadliest group.

“These were formed in response to the murderous barbarity of the Fulani herdsmen.”

It also made it clear that CNG which means Coalition of Northern Group can also be seen as Coalition of Nefarious Groups, which can be taken up bent on the Ji equation of one to the other in Mephistophelean plot.

It lambasted CNG who stated that it was speaking for the lives of Northerners killed by Igbos in the South East, the group challenged it to take stock at the most affected by the menace as most Igbos also believe that Northerners are the Unknown gunmen in the East over the high loss of lives of the indigenes.

It stated that the group has the right to throw the Igbos out as it has concluded that a Referendum should be called for a peaceful dissolution so that the North can rest in peace.

We are lost to what emotions to attach to reading your address to Southeast leaders. When we remember that people came together after consultations, decided on the agenda, gave out the task of penning this address to people, while others approved it, we are left ponderous.

Can you provide us with any official instance where any of these forums or caucuses in the north came out to disown and condemn Boko Haram, Fulani herdsmen and the bandits that ravage the north? We can pull out for you news headlines upon news headlines of prominent northerners playing advocate for these hoodlums; and we mean senators, governors, professors, even the president -all playing advocate for these criminals. So, on what moral platform do you stand to describe as “insufficient, deceptive and unacceptable” the position of the Southeast governors?

Now, to those words you used: When you say that the response of the Southeast governors are insufficient, what do you mean? You want to see them murder peaceful Igbo youths before you can be placated? While you hold negotiations with criminals and bandits and compensate them with positions in our armed forces and funds coming from the south, including the Southeast, you want Southeast leaders to gun down youths asking for a better and secure life. How else can hypocrisy be defined?

You call Southeast leaders deceptive because they set up the security outfit Ebubeagu. To you, Ebubeagu and Eastern Security Network (ESN) are one and same. The noteworthy thing in equating Ebubeagu with ESN is not just in making that equation, it is in understanding why these security outfits were formed in the first place.

Let us remind you: These were formed in response to the murderous barbarity of the Fulani herdsmen. A group whose infamy has seen them claiming one of the world deadliest terror groups for years running now. Ebubeagu and ESN are the people’s acts of self-defence against these deadly terrorists, whose atrocities have been felt by millions across Nigeria.

So, when you see Ebubeagu and ESN as one and the same, you are simply spelling out that you have issues with the people’s efforts at self-defense. If you had backed Ebubeagu, then some may understand your grouse with ESN; but you neither want Ebubeagu or ESN. What does that make of you? If armed robbers attack a street and the people rush into their homes to pick whatever they can use for self-defense, what do we call anyone who fumes at the people’s attempt towards defense from the robbers? How can such a one claim he or she is not part of the robbers? As you equate Ebubeagu with ESN (both, self-defense initiatives), why should we not equate you with bandits, terrorists and murderers seeing that you would rather weaken the hands of those who choose to resist these demons? Should we still assume that CNG means Coalition of Northern Groups and not Coalition of Nefarious Groups -bent on a Mephistophelean plot?

In what capacity do you define the decision of state executives in a federal system as unacceptable? Are you so unfeeling that you cannot feel the piercing arrogance in that word “unacceptable”? So, if we may ask, what is acceptable to almighty you? The slaughtering of Igbo youths? The impression you give is that your stance is in defense of northern lives being wasted by Igbos. Would you mind if we take stock? Would you mind if we ascertain how many Igbo and other southerners lives have been wasted in the north, even under peaceful atmosphere? How many have been wasted under Boko Haram? How many have been kidnapped on northern roads? The befuddling thing is that you come down south, Southeast inclusive, it is still your brothers wrecking deadly havoc on southerners as they kidnap, maim, rape and kill; both in the rural areas and our highways. So, do you really mind our taking stock of who really is killing who?

Are the Igbos really killing northerners and the north is that calm? Since when did you learn self-control, that your own will be killed and your towns will not erupt in mayhem? Did you require your own to be killed before you erupted in murderous violence over a cartoon in Denmark? Did you require that your own be killed before you unleashed a ‘Belzeebubic’ violence on innocent souls over a beauty pageant? Who was killed before you drenched the soil with blood over elections lost fairly and squarely in 2011? Should we remind you about the Sharia pogroms -called riots? Who was killed by the Igbo before your boy Shekau took to the stage made of human skulls in a murderous dance?

So, can you see why it is difficult to muster the right emotions for your address to Southeast leaders as that address reeks of incredible hypocrisy? Mind you, we are not advocates for Southeast leaders. We will surely let them know how we feel. Some other groups are already doing so. To know how lots of Igbos feel about the Southeast leaders, you should read this…. The great Igbos say that when a person calls his place a trash heap, people will dispose their trash there. If Southeast leaders had carried themselves well, from where would you have picked the guts to utter such arrant nonsense of an address to them? From where?

Well, it is said that even a bad clock is right at least twice a day; happily, this holds true for you too despite your gaffes. Your decision to move that a referendum, whose aim is for Igbo exit from Nigeria, be conducted is a most reasonable stance from you. This shows that not all hopes are lost in reading and hearing reason from your end. Well, if you can muster some sincerity, you will agree that the Biafran agitation has been a peaceful call for a referendum. That it has not happened is not the Igbos’ fault. Actually, we may need to ask you why it has not happened all these years. However, now that you have woken up to the benefits of a referendum, knowing too that the yam and knife appears to be in your hands, this will be a very good opportunity to redeem your image of double speak.