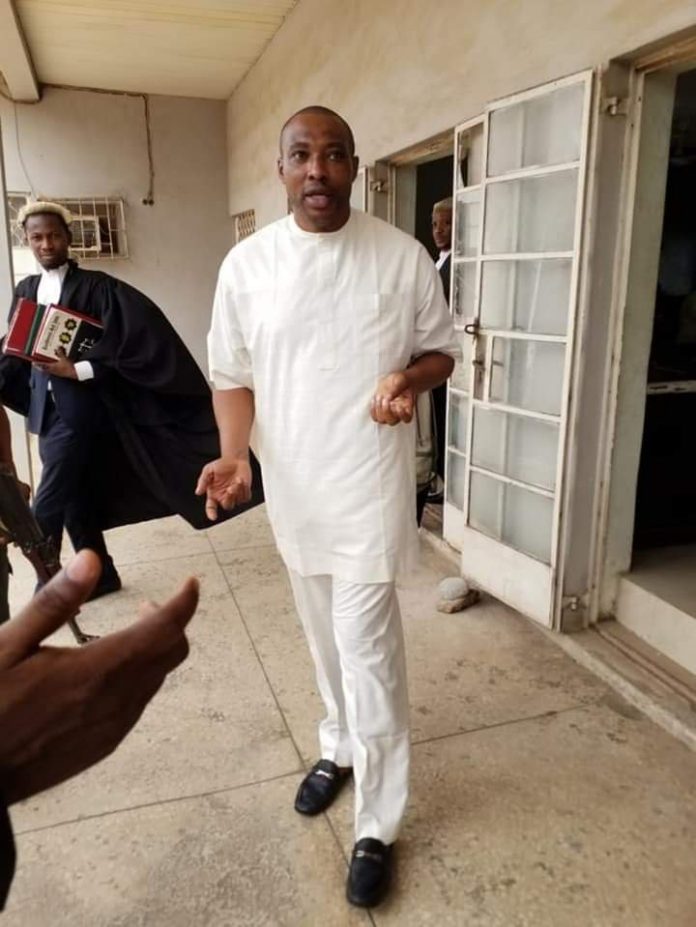 The trial of a former Special Assistant to the Kwara State Governor on Millennium Development Goals, MDGs, Alhaji Ope Saraki, resumed on Tuesday, June 29, 2021 with the 3rd prosecution witness, PW3, Dr. John Adeyeye Abiodun telling the court how the defendant introduced him to Chemiroy Nigeria Limited and how both agreed to refurbish and convert thirteen Toyota Hiace Buses to Ambulances.

The Ilorin Zonal Office of the Economic and Financial Crimes Commission, EFCC, is prosecuting Saraki on two counts bordering on contract scam before Justice Adenike Akinpelu of the State High Court sitting in Ilorin.

Saraki, a cousin to the former Senate President, Bukola Saraki, is being prosecuted by the EFCC for allegedly procuring a contract to the tune of N220million through Chemiroy Nigeria Limited, a company which he had interest. The contract involved purchase of 13 units of ambulances for General/Specialist Hospitals in Kwara State.

The offence is contrary to Section 12 of the Independent Corrupt Practices and Other Related Offences, ICPC, Act, 2000.

At the resumed sitting today, Dr. Adeyeye while being led in evidence by counsel to the EFCC, Sesan Ola, narrated how the refurbishment job as executed and delivered to Chemiroy Nigeria Limited.

His words: “My Lord, I know the defendant. His name is Mr. Ope Saraki. My company bided for a contract for purchase and supply of 13 (thirteen) ambulances for the Kwara State Government, but was later awarded to a company called Chemiroy Nigeria Limited after I had submitted all relevant documents and participated in the bidding process. I expressed my disappointment in Mr. Ope Saraki, who happened to be my friend since our University days.

“The defendant later introduced me to Chemiroy Nigeria Limited and we both agreed that I should equip the 13 (Thirteen) purchased Toyota Hiace and convert it to Ambulances. We agreed to equip one at the sum of N3million. At a point, funds stopped coming from Chemiroy, I now approached Mr Saraki for loan.

Under cross-examination by Saraki’s counsel, Sulyman Abaya, the witness admitted paying money to the politician, but insisted that the money was never a bribe or gratification.

After the testimony of the PW3, Justice Akinpelu adjourned till September 23, 2021 for continuation of trial.