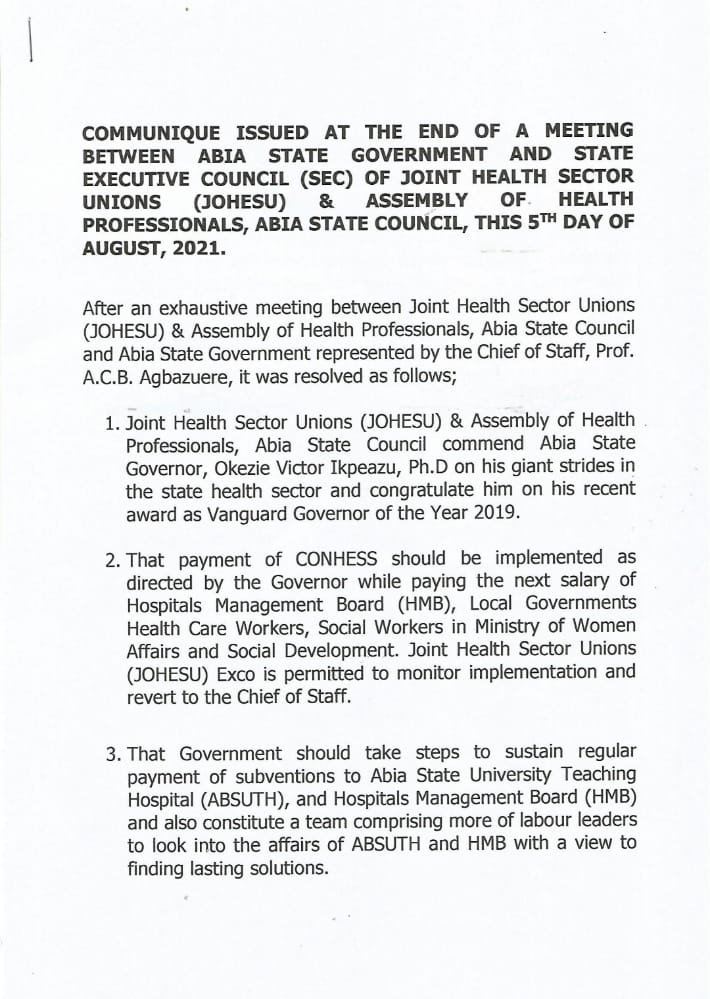 The Joint Health Sector Union, JOHESU, and Assembly of Health Professionals, Abia State has suspended its strike action following a meeting with the Abia State Council and Abia State Government.

In a communique released at the end of the meeting by the State Chairman, JOHESU, Comrade Okoro Ogbonnaya, State Secretary, Comrade Aligwe Chidi and the Chief of Staff to the Governor, Prof. A.C.B. Agbazuere, it stated that the government should take steps to sustain regular subventions to Abia State University Teaching Hospital, ABSUTH, and the Hospital Management Board.

It also warned that the JOHESU will embark on a strike if the government renege on its agreement according to Labour Laws.

The Union also commended Governor Dr Okezie Ikpeazu on his giant stride in the health sector and also congratulated him on his recent award as the Vanguard Governor of the year.