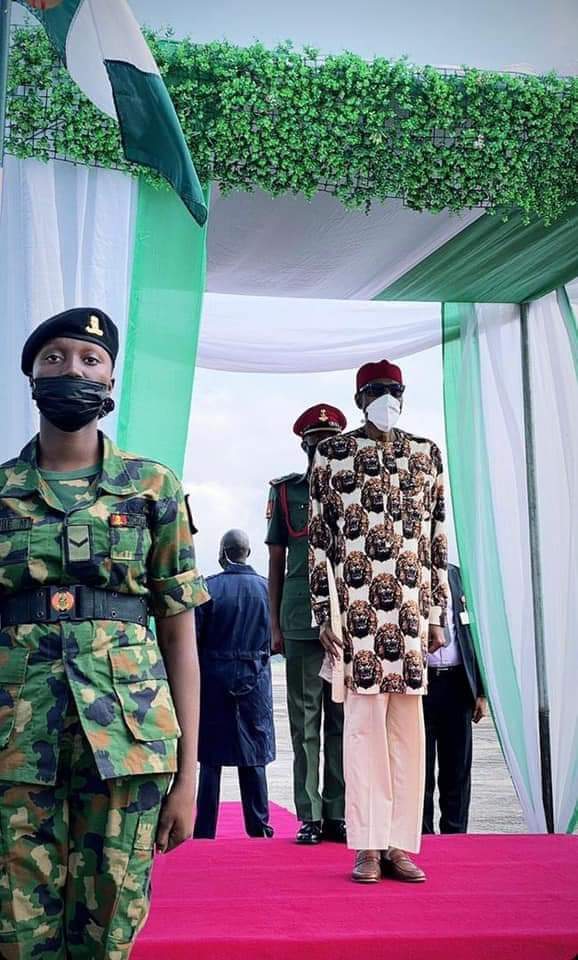 President Muhammadu Buhari has arrived in Imo State for the official commissioning of some projects in the State.

The President who was welcomed by the Governor of Imo State, Hope Uzodinma, Governor of Ebonyi State, Dave Umahi, Governor of Abia State represented by the deputy governor Sir Ude Okochukwu and the Governor of Anambra State, Willie Obiano, at the Sam Mbakwe airport was adorned in Isi-agu known popularly among Igbos.

President Buhari also commissioned the uncompleted Nekede/Ihiagwa Road and proceeded to other projects.

However, despite the sit at home by the Indigenous Peoples of Biafra, IPOB, a mammoth crowd was seen welcoming the President as the roads of Imo State remains deserted.