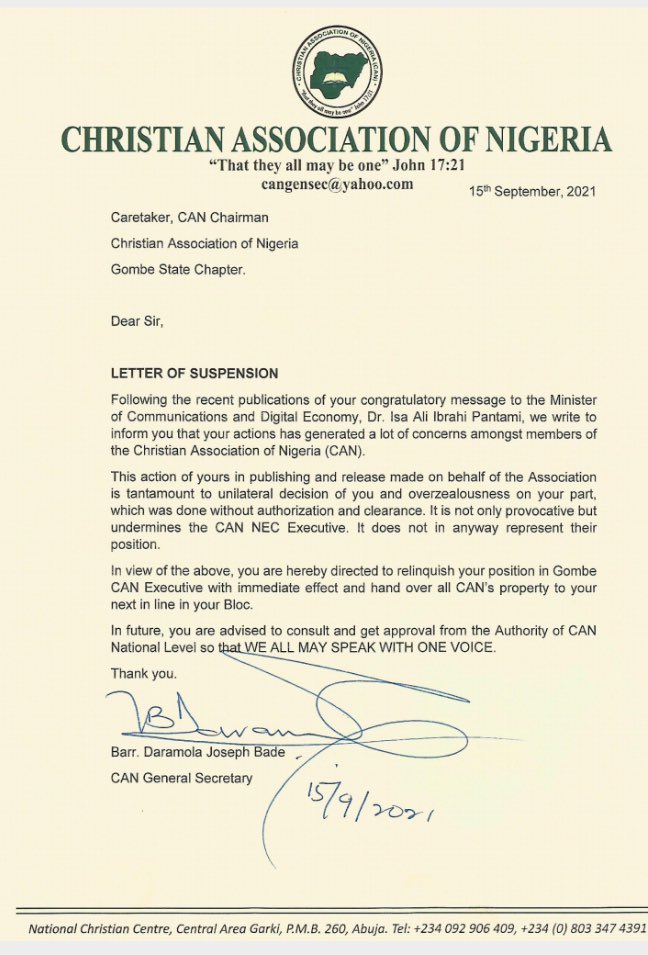 The Christian Association of Nigeria, CAN, has suspended the President of Gombe State Chapter of the Association for issuing a congratulatory message to the Minister of Communications and Digital Economy, Dr Isa Ibrahim Pantami over a fake professorship.

The Controversial Islamic preacher, Dr Pantami was promoted to a Professorship by the Federal University of Technology Owerri, Imo State without being an academic of the Institution.

After the expose on the fake professorship by UK based scholar Farooq Kperogi on Saturday, CAN, in a statement signed by its National Secretary-General, Barrister Daramola Joseph Bade suspended the Gombe Chairman and asked him to relinquish all materials to his second in command.

The statement stated that the Gombe Chairman embarrassed the association by issuing a congratulatory message without authorization and undermined the CAN NEC executive.