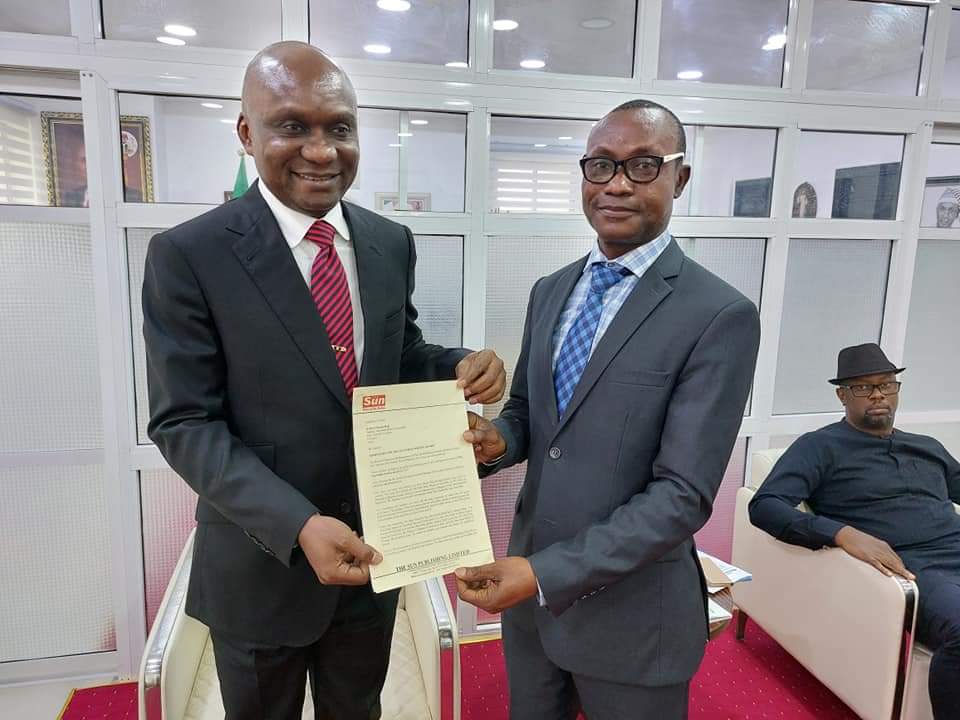 The Chairman of the Foundation, Comr. Chukwuemeka Onyenucheya on Sunday applauded the Board of Editors of The Sun Publishing Ltd for recognising and acknowledging the leadership qualities of Rt. Hon. Chinedum Orji, the Speaker of Abia State House of Assembly.

The in clover businessman and philanthropist who made the remarks in a Press Statement congratulating Rt. Hon. Chinedum Orji for emerging winner of ‘The SUN Public Service Award 2020’ added that the award is a positive and commendable acknowledgement of his outstanding leadership qualities.

“Mr Speaker sir, I join other Abians in congratulating you for emerging winner of the notable and highly commended ‘The SUN Public Service Award’ for 2020. To be conferred with the prestigious ‘The SUN Public Service Award’, despite your short intervention in Abia’s leadership and governance circle speak volumes of the energy, vision, and determination you have brought in delivering to Abians good governance and development. Congratulations sir”, Comr. Chukwuemeka Onyenucheya stated in the press release.

The foundation boss who appreciated The SUN for initiating the award noted that such gestures from the Press is a reminder to elected public officials that they are indeed like lights which cannot be hidden especially if they perform excellently.

DailyLedger.com.ng reports that Mr Onuoha Ukeh, the Managing Director of The SUN Publishing Ltd, publishers of The SUN newspapers recently announced Rt. Hon. Chinedum Orji as winner of the award which will be conferred on him on Oct 16, 2021 at Expo Convention Centre, Eko Hotels and Suites, Victoria Island, Lagos.

In his remarks while presenting a letter announcing the award to the Speaker, Mr Ukeh remarks that the Abia’s 7th Assembly under the leadership of Rt. Hon. Chinedum Orji as the 11th Speaker has enacted several commendable legislation that would enhance and drive good governance, development and justice in the State, including the Abia State Violence Against Persons Prohibition Act; Abia State Water and Sewage Development Act; Abians in Diaspora Act, and others.
He equally noted that the Speaker has gone beyond his legislative brief to embark on numerous empowerment projects, not just in his constituency, but in several parts of the State with Ikwuano State Constituency inclusive.