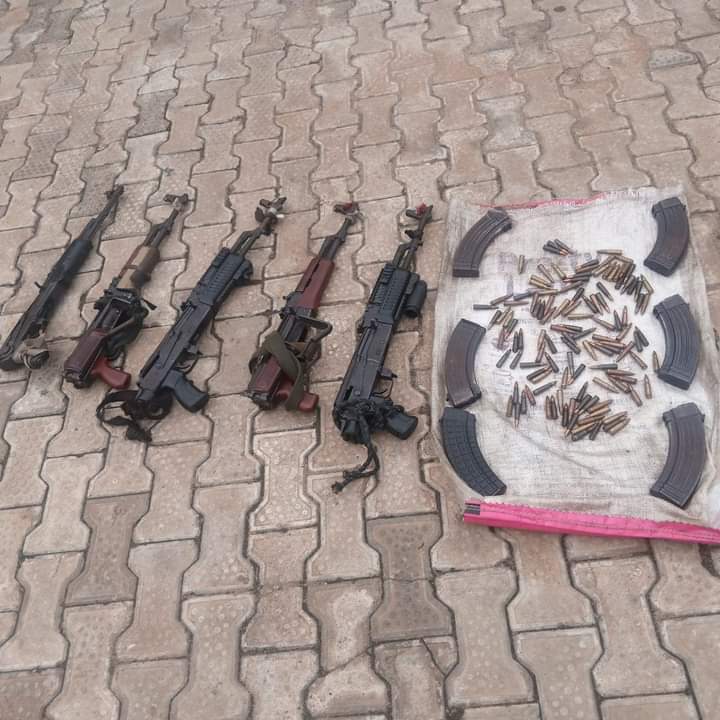 It was gathered that the operatives embarked on an investigation gathering on the 21st of May 2022 which led to a fierce battle between them and the robbers.

A statement by the Police spokesman Bright Edafe on Sunday revealed that the hoodlums who were armed with AK47 rifles and charms on sighting the Police shot sporadically at them and the team equally engaged them in a fierce gun battle.

The investigation became necessary following the killings, Arsons, Kidnapping, armed robbery attacks on innocent civilians and policemen while on duty and who had their rifles taken away, going on in the State.

While some of the suspects escaped with injuries, the operatives retrieved five AK 47 rifles, six magazines and one hundred and seventeen (117) rounds of 7.62mm ammunition from them.