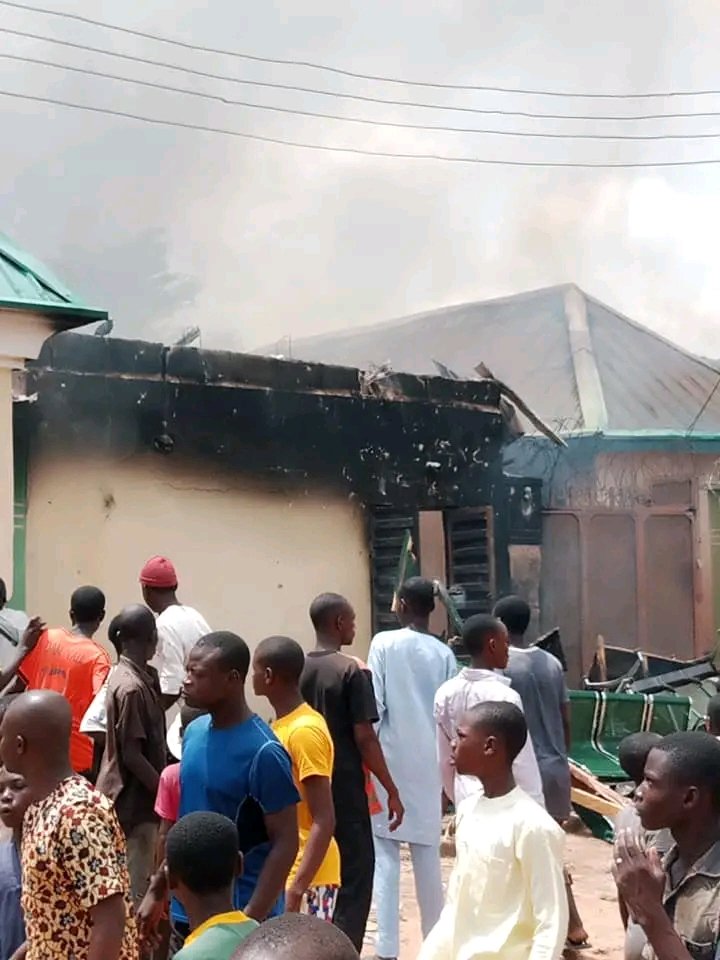 The house of an Igbo man identified as Emmanuel has been set ablaze in Lapai Local Government Area of Niger State for allegedly kidnapping a child and killing him for suspected ritual purposes.

It was gathered the 3-year-old boy has been mysteriously missing and was cut into pieces with his vital organs missing and stucked in a bag.

Luck ran out of Emmanuel when his gateman of Hausa was found with a bag which he was going to dispose of.

He boarded a bike that took him which took him to a river where he disposed of the boy but the bike man alerted the police when he found bloodstains on his bike.

Upon arrest, the gateman revealed that his boss Emmanuel asked him to kidnap the boy and cut off his male organs and pluck out his eyes.

The enraged community immediately set the suspect’s house and cars on fire and would have lynched them but for the swift intervention of the vigilante operatives who whisked them away.