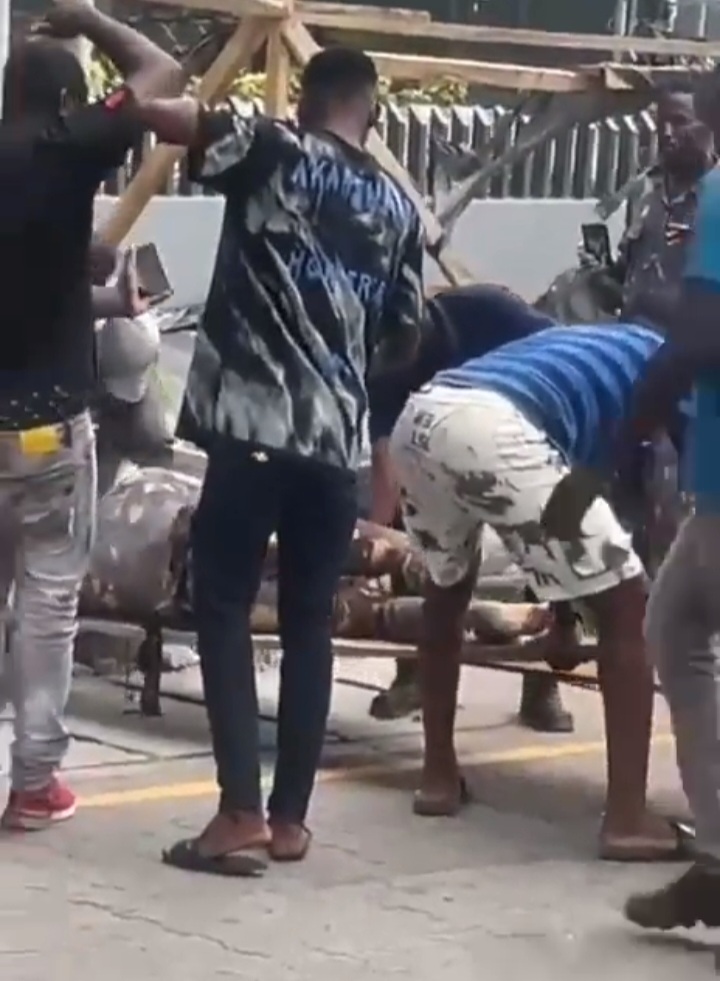 An unidentified number of persons have died following an inferno at Eletu Ogabi off Adeola Odeku Victoria Island Lagos State on Tuesday morning.

A viral video shared on social media showed cars and humans burnt beyond recognition near the Keystone bank today.

It was gathered that the Lagos fire services were contacted but took a long while to reach the location.

Confirming the incident, the Rapid Response Squad stated that its vehicle on patrol was involved in a fire accident.

“RRS vehicle on patrol of Adeola Odeku was this morning involved in a fire incident.

Although lives were lost in the incident our officers escaped with injuries.

While we pray for the repose of the souls of those whose lives were lost in the incident, we appreciate those who have been calling and sending messages to our Commander, CSP Olayinka Egbeyemi.

Thank you for your concerns.”