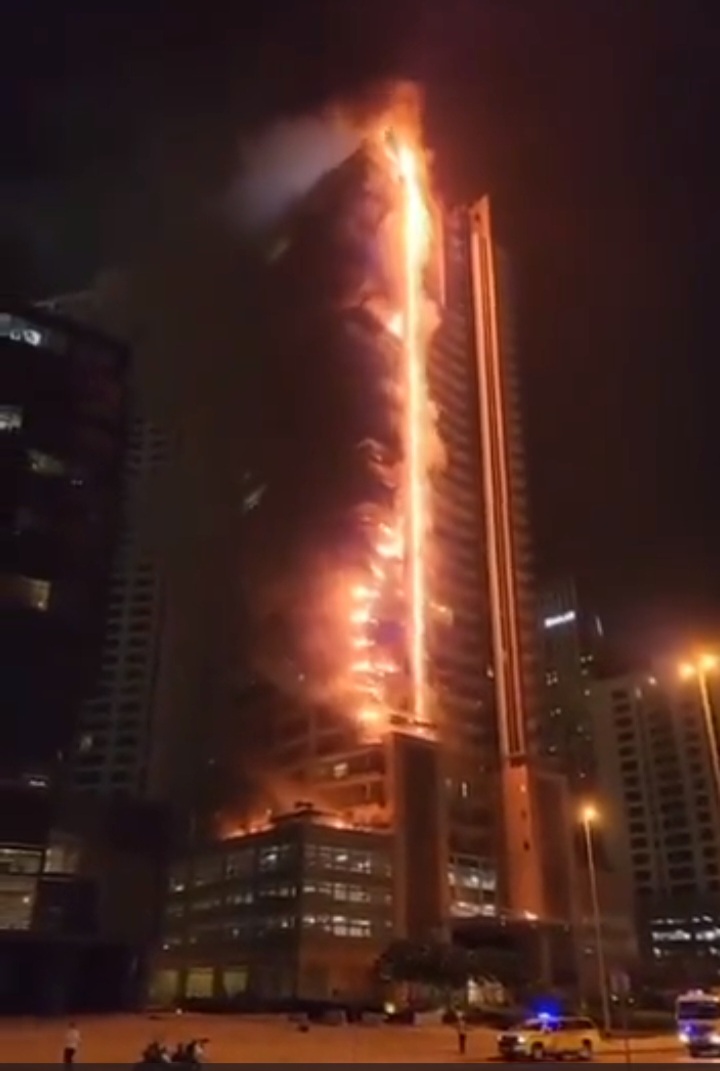 A fire broke out at a 35-story high-rise building in Dubai near the Burj Khalifa, the world’s tallest building early Monday morning.

It wasn’t immediately clear if there were any injuries in the blaze at the apartment building, which had been extinguished by the time an Associated Press journalist reached the site.

Black char marks from the blaze could be seen stretching up the building that’s part of a series of towers called 8 Boulevard Walk by Emaar, the state-backed developer in the emirate.