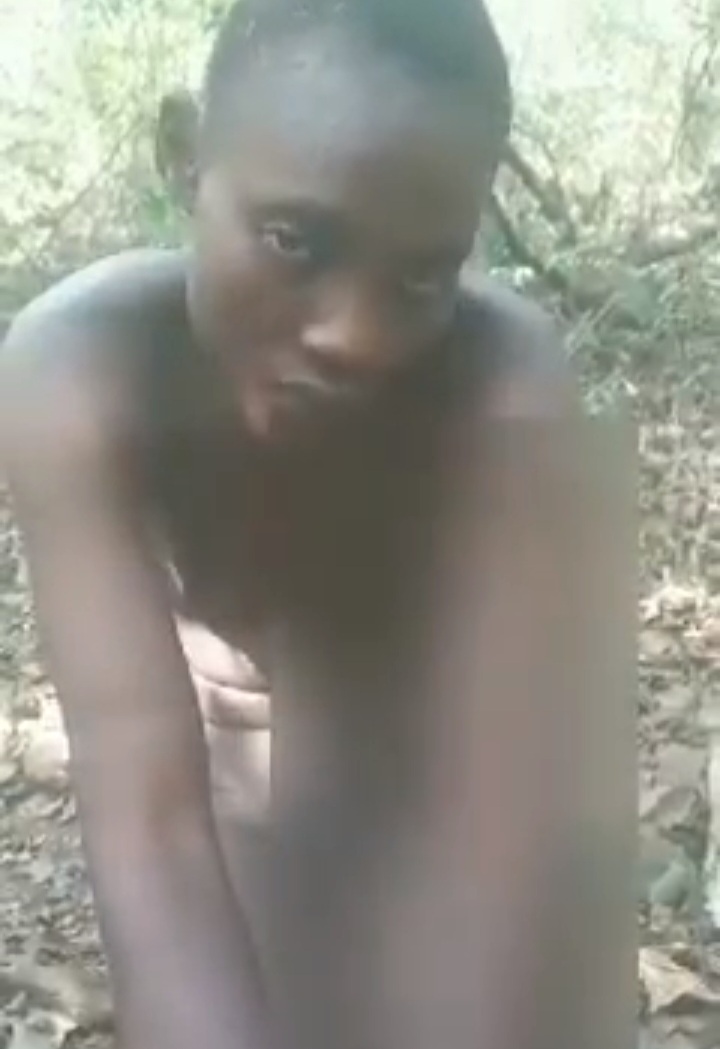 A female Army personnel identified as Phoebe Johnson from Abia State has been kidnapped by unknown gunmen in Enugu State on 26th December 2022.

A viral video shows the moment the unknown gunmen stripped her naked and threatened to cut off her head for ritual purposes.

A voice in the background revealed that the group of terrorists was different from the Indigenous People of Biafra, IPOB, and were after the secession of Igbos from Nigeria.

The terrorists also stated that they will keep kidnapping security personnel until it achieves their purpose of secession.