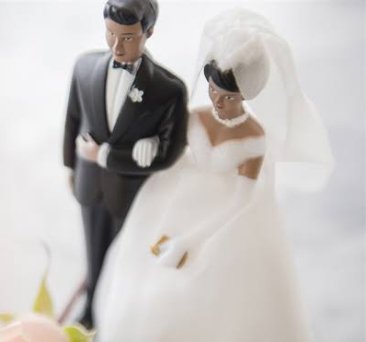 A lady has narrated how she called off her wedding one week to the event following an impromptu visit to her fiance’s home.

Sharing on social media, she stated how she dated her fiance for two years but never slept over at his place.

“My fiance and I started our relationship two years ago and for him to successfully keep me in the dark about who he truly baffled me.

Apart from the fake things he told me about himself, I couldn’t beat my chest to say I know him very well. All I knew was that I was in love with him.

About six months ago, he proposed to me and I accepted. We met our parents and began the wedding preparation.

He told me that he was an exporter and the nature of his business made him travel a lot.
During our courtship, I visited his apartment once a week but never slept over, even though he wanted me to and gave me the keys to the apartment.

Our wedding invites were out and many of our relatives, friends and colleagues were given the invitation.

Some of the days I visited my fiance at home, I met some of his friends. I wasn’t comfortable with them being around him because of their suspicious looks.

I told my fiance about it but he simply assured me that they were nice people and I believed him.

Our wedding day was fast approaching and I became very busy ensuring all that was needed were in place.

Due to my busy schedule, I had less time to visit my fiance. He was understanding and always drop by to check up on me.

Barely a week after our wedding day, my fiance informed me that he was going on a short business trip and would return in two days.

I wasn’t comfortable with his decision to travel during that period but after much deliberation, I reluctantly agreed.

It was during his absence that the tailor we gave his wedding suit to make a minor adjustment called me. He told me that he has been unable to get through to my fiance to come to pick up the suit.

I told the tailor not to worry and that I’ll stop by at his shop to pick it up on my way from the beauty salon that afternoon.

I collected the suit as planned and took it to my place. My fiance and I agreed not to see him until our wedding day to make it a beautiful moment, but I was already missing him badly. So, I used the suit as an excuse to visit him.

I knew he wasn’t going to be around until late evening, so I decided to surprise him when he returns and find me waiting for him. I told myself that I was going to sleepover at his place for the very first time in 2 years.

I got to his apartment at about 4:45 pm, I opened the door with the spare key and let myself inside.

The sitting room and entire bedroom were in a mess. So, I decided to clean up the place after preparing for his favourite meal.

After cleaning the sitting room, I went straight to his bedroom to clean it and while tucking in the bedsheet, one of my earrings fell off to the side of the bed.

I tried to reach it but couldn’t, so I decided to completely pull the bed frame along with the mattress aside to enable me easily to pick up my earring.

As I pulled it, I caught sight of scaring items that left me in a combination of shock and fear.

I saw an open black clay pot with fetish items in it, female pants and gun bullets.

I quickly picked up my earring, pushed the bed frame back to its position and dashed out of the apartment, leaving the cleaning uncompleted.

I was shaking in fear on my way back home. I couldn’t tell anyone about what I saw.

What kind of business was he into? What was he doing with those terrible things under his bed? Was he a ritualist or a robber?

All these questions kept popping out in my mind and I couldn’t find satisfying answers for them.

Out of fear, I couldn’t confront Alfonso about it when he returned.

It took me a last-minute of courage (a day before our wedding) to announce that I was calling off the wedding.

Our parents were shocked, so also were our invitees. I opened up to my parents who promised to be discreet about it. They told my fiance’s parents that it was due to a situation beyond control.

He tried contacting me several times about the sudden change but I couldn’t open up to him.

I had to change my mobile number and went to live with my aunt in Abuja.

Right now, I feel bad for not telling him the reason for calling off our wedding.

Should I tell him? For how long will I stay away because I’m afraid of what he might do if he finds out that I saw those fetish items?”