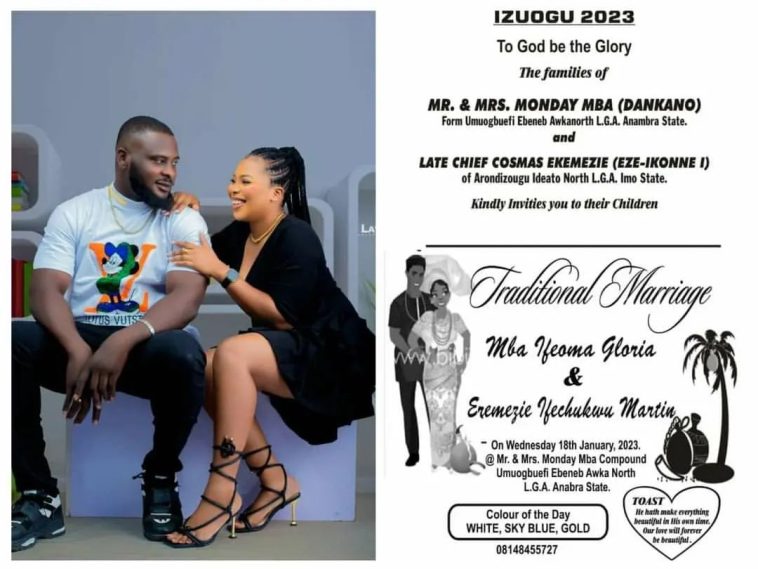 A tragic incident happened in Arondizuogu in the Ideato North Local Government Area of Imo state as gunmen assassinate intending couples whose wedding is billed for January 18, 2023.

It was gathered that the younger brother of the groom was also reportedly killed in the attack.