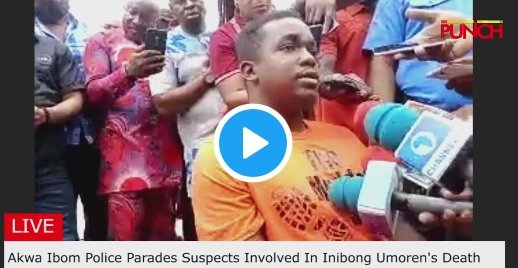 Newsleverage reported the incident adding that the police have not confirmed the suicide report.

Nigerians have accused the police in Akwa Ibom of trying to cover up the case and deny the victim of justice.

The Commissioner for Police in Akwa Ibom state, Andrew Amiengheme, has now dismissed the reports in an interview with The Nation. He said;

Meanwhile, in a live video by The Punch newspaper which was monitored by Newsleverage, Uduak Akpan revealed that he killed Ini Umoren when she insisted that he use condom while raping her.

He also revealed that Ini bit his forehead which enraged him and made him kill her.

When asked to show the mark where he was bitten, he couldn’t do that but stated further that he acted alone on the murder.