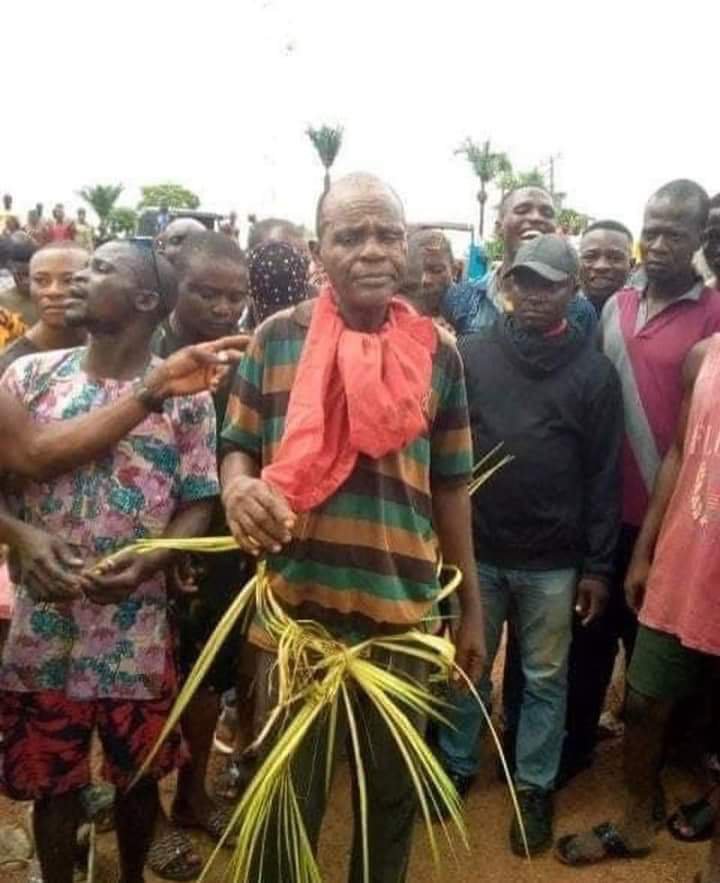 Angry youths stormed a new generation church located at Obubara junction in Izzi Local Government Area of Ebonyi State on Tuesday over suspicions of illegal movement in the church.

It was gathered that the pastor was caught doing some incantation with a goat stolen from a house close to the church.

According to a post by Ikechukwu Okafor, the mob discovered human parts, charms and people’s names written on a strange wood.

The angry youths descended on the pastor, stripped him naked and paraded him at the village while displaying his possession at the front of the church building.