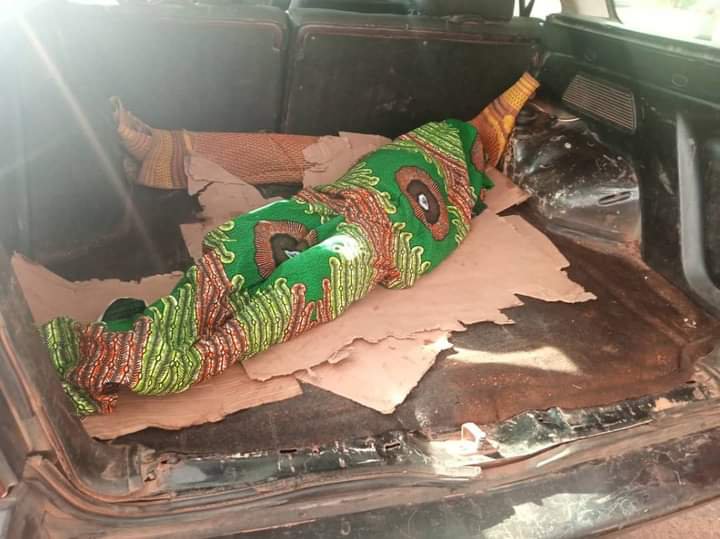 A six-year-old girl has been raped to death by unidentified people in her neighbourhood while playing with her friends in Kaduna State.

A post shared by Gender and Humanitarian Activist, Rabi Salisu on Tuesday revealed that the girl was kidnapped while she was playing with her friends.

A search immediately started when the girl didn’t return home with her friends and was later found at the back of a house with her anus wide open.

A beautiful girl of age years was missing while playing with her friends at corridors of their family house, they were playing since around 4OPM, because is a family house they use to play in the neighbors room but at around 6:30 pm her friends were back home and she was missing the parent started asking about her where about but she is not where to be found, Start going to neighbors and all efforts end in vein at about 8:30PM while some of her relatives of about 12 year old well coming back home after searching for her they saw someone at the back of their house throughout something and they quickly go and tell their parents on reaching there they saw the dead body of the little girl who was rape from her anus, the anus was wide open that you can put hand inside, the situation is barbaric families and neighbors came out to console the parents as the little girl was so popular and loved by many in the area due to her good characters, police arrived at the scenes of the event while the parents try to denied the police access to the dead body I talk to the father and letter allowed them to take the dead body, we are at barau dikko till around 2:00 am all necessary medical investigation was conducted and including some hair were gotten from the anus of the girl which is believed to be for the rapist, after everything the girl was laid to rest at about 6:15 PM. Thank you everyone and we need to put hand together to tackle this menaced from our communities. Rabi Salisu Ibrahim ARRIDA RELIEF FOUNDATION OF NIGERIA. Ku tayamu Addua Allah ya tona asirin Wanda yayi Miki fyade Kuma ya kasheki Amina.