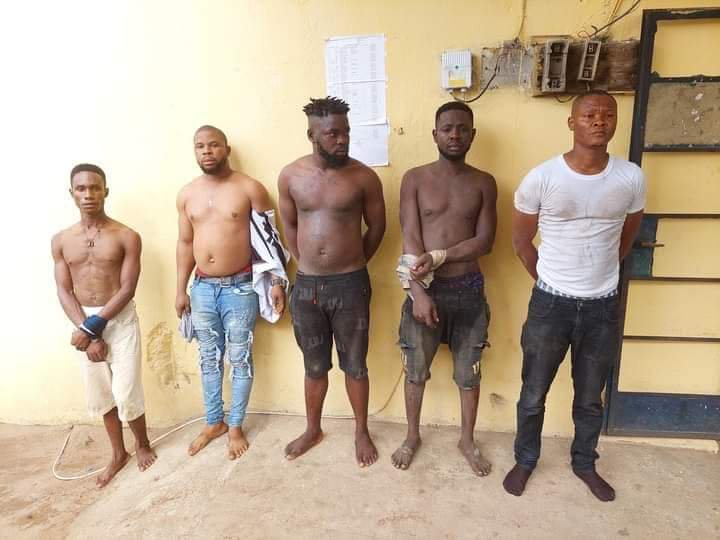 Following the attack at Orji Police Station in Owerri on Tuesday, May 25th 2021, the Imo State Police Command have arrested five hoodlums.

It was also gathered that two women were hit by stray bullets and immediately lost their lives during the shootout.

The Orji Divisional Headquarters was burnt down during the #EndSARS protest in October 2020 and was being rebuilt by a philanthropist.

A statement by the Police Public Relation Office, Bala Elkana revealed that the attack was repelled by the security agents.

“The hoodlums, who believed that the re-establishment of a functional police station may prevent them from carrying out their nefarious acts in Orji and environ, decided to invade the construction site.

“Before the arrival of the reinforcement team, the hoodlums melted into the area of the neighbouring township but abandoned their operational vehicles. The Commissioner of Police, Imo State, CP Abutu Yaro, FDC personally led an enforcement team to the scene.”

However, the police revealed that no life was lost during the attack but disclosed that more arrest was still ongoing.