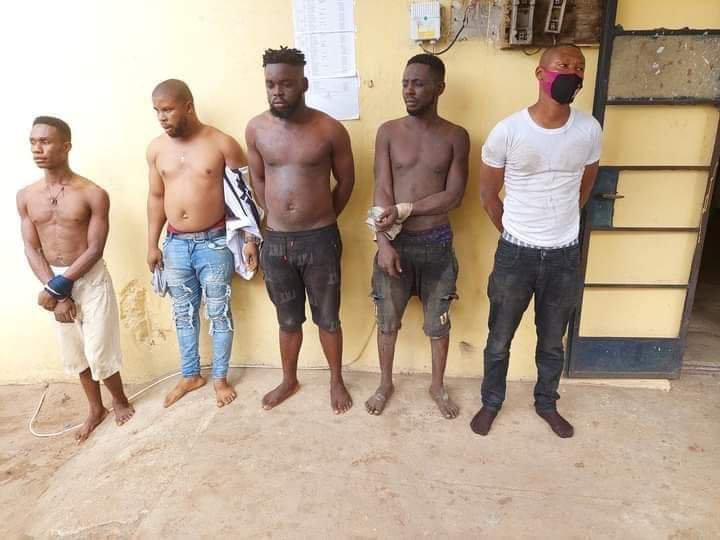 The Imo State Police Command has asked the lady who identified one of the paraded suspects as her uncle to come forward and aid in the investigation.

Speaking to SaharaReporters, the Spokesperson to the Police, Bala Elkana disclosed that the accused might have been at the wrong place which prompted his arrest.

The Facebooker, Queen Elias raised the alarm immediately she saw the paraded pictures of attackers of Orji Police Station on the official page of the Imo State Police Command.

Queen Elias, who posted pictures of Casmir Ibe in an office, claimed that her uncle was a staff member of an oil company who lives in Bonny Island, Rivers State and had only visited Owerri to purchase items in preparation for his father-in-law’s burial before his arrest.

She wrote “My beloved uncle is innocent. He came back yesterday from Bonny Island with his family because of his father-in-law burial that will hold on Friday, 28th May, 2021. He is responsible and works in an oil company. He came to Owerri early hours of today (Tuesday) to buy some things and was arrested and paraded as an unknown gunman.”

This has attracted public criticism with many Nigerians condemning the arrest of the supposed innocent man.

According to the PRO, if the young man is proven innocent, he has the right to be released.

He said, “That is why it is called investigation because he was not picked in his house. It is possible he was at the wrong place at the wrong time. If he is not guilty, the investigation will reveal that. That’s why we are taking time. Nobody is crucifying him by saying he was the one that committed a crime. We investigate.

“The lady, who also has such information about him, that’s also a good cause. She can come forward and identify him and give certain information. Her statement will help her brother. It is very important that whoever has useful information about somebody, because the person arrested has a right under the law to defend himself, to explain what he was doing at the crime scene. If he is innocent, he will be allowed to go. That is why it is called investigation.”