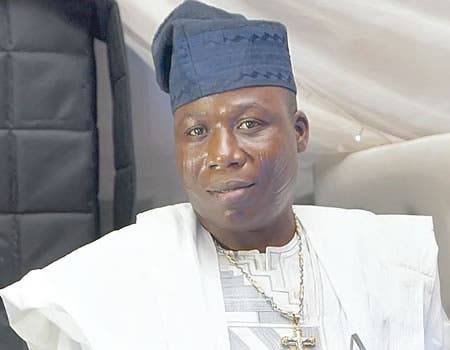 It was gathered that Igboho was arrested by security operatives in the West African country on Monday night after fleeing Nigeria to evade arrest.

Speaking on his defence, the former aide to former President Goodluck Jonathan, Reno Omokri urged Nigerians on his official Twitter page to rally round Igboho as he deserves same commitment as the one President Muhammadu Buhari shows to killer herdsmen.

“The reported arrest of Sunday Igboho in Cotonou is unfortunate. He is a heroic freedom fighter who defended us. We must also defend him and gather resources for his legal defence. Igboho deserves the same commitment from us, that Buhari is showing to killer herdsmen.”

Daily, we are seeing how @MBuhari led govt embraces any terrorists from d North, including foreign terrorists who are Muslims.

According to SaharaReporters, a source privy to the incident, said, “Sunday Igboho has been arrested in Cotonou. He was arrested about an hour ago.

“He was supposed to travel to Germany through Cotonou this night. He wanted to leave Africa through Cotonou. He was arrested by security operatives in Cotonou.

“They are planning to bring him back to Nigeria.”

Recall that the Department of State Services had declared Igboho wanted after its operatives carried out a bloody midnight raid on his residence in the Soka area of Ibadan, Oyo State.

DSS Public Relations Officer, Peter Afunnaya, had advised Igboho to turn himself in to the nearest security.

“Those cheering and eulogizing him may appeal to or advice him to do the needful,” Afunnaya said. “He should surrender himself to the appropriate authorities. He or anyone can never be above the law.”

Pelumi Olajengbesi, one of the lawyers representing Igboho and others arrested in his House, told SaharaReporters he had not confirmed the news of Igboho’s arrest in Cotonou.

“I will contact Yomi Aliu (SAN) to verify the news,” he said.