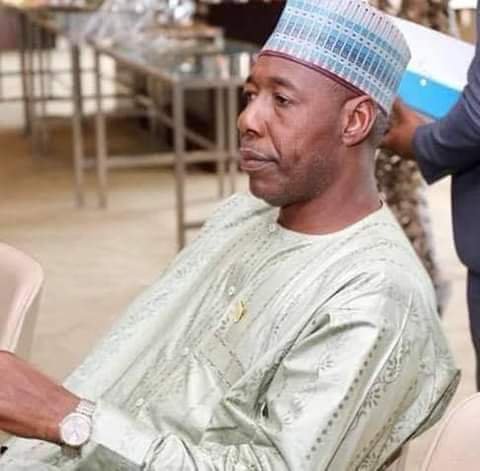 Former Aviation Minister, Femi Fani-Kayode has condemned the demolition of a church in Borno State by the Governor Babagana Zulum, stating that he cannot stop the expansion of the Christian faith.

The Thursday demolition of the church marked outrage between the Joint Security Task Force operating with the Borno Geographic Information System (BOGIS) and EYN Church members at Maduganari in Maiduguri, which led to the killing of two church members while five were injured and receiving medical care at the hospital.

FFK, in his official Facebook page, revealed that killing a thousand Christians will make millions of Christians sprung up and warned that the ‘gates of hell shall NOT prevail against the Church of Christ.’

“No matter how hard ANYONE tries, knocking down Churches will not stop the massive expansion and growth of the Christian faith.

The Church was founded on the the blood of the martyrs and the crushed and broken bodies and bones of the saints.

Governor Zullum of Borno state bulldozed the Church building but he could not stop the faithful from going there to worship even on the stones and the rubble.

Kill us a thousand times and millions more will rise up and grow.

The gates of hell shall NOT prevail against the Church of Christ.

I am so proud of the Christians of Borno State. They must always remember that they are not alone: God is with them and we love them.”

Meanwhile, Governor Zulum has ordered a probe on the killing while commiserating with those who died and also the injured.