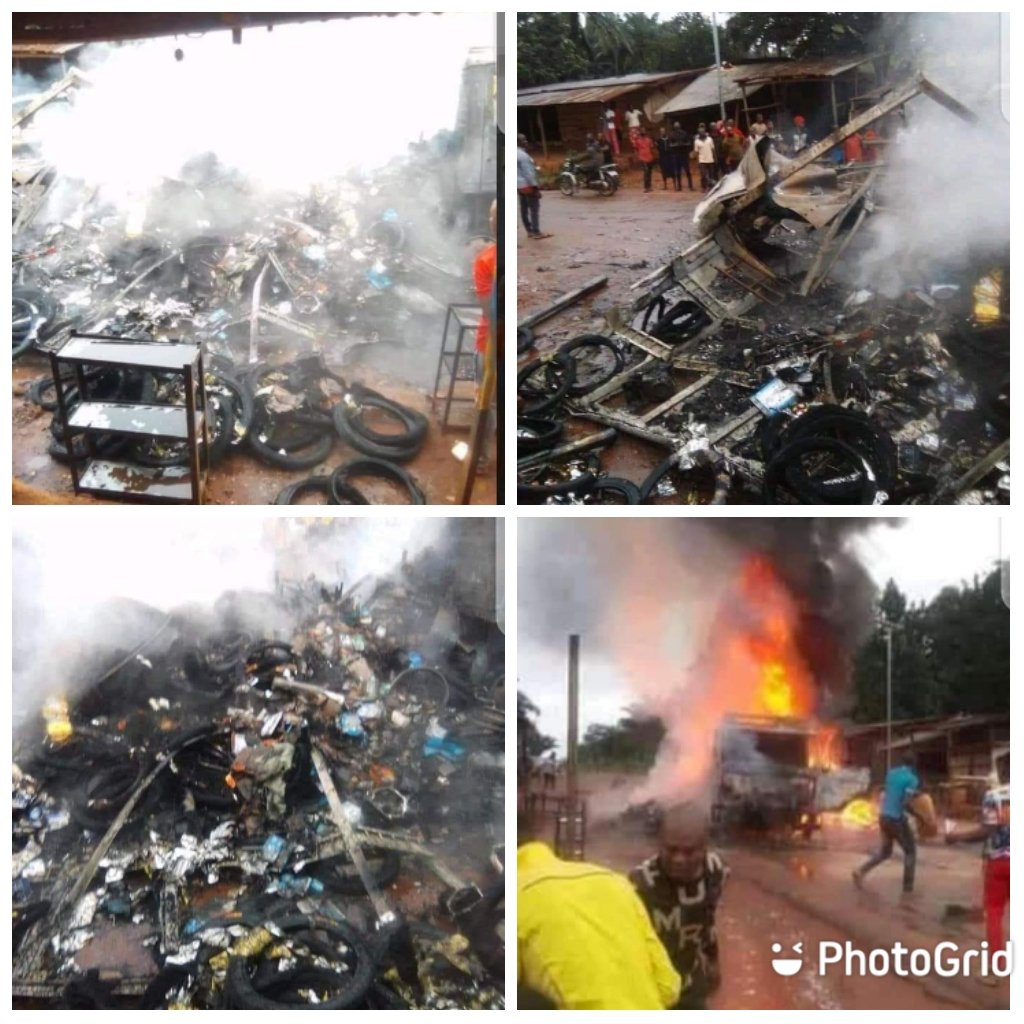 A fully loaded truck with motorcycle spare parts worth millions of naira has been set on fire by suspected hoodlums for allegedly refusing to obey the sit at home order which has been suspended by the Indigenous People of Biafra.

It was gathered that the incident happened around 6 am on Monday at Eluagu Obukpa, in the Nsukka Local Government Area of Enugu State.

It was gathered that the truck which was heading to Enugu-Ezike in the Igboeze North Local Government Area of the state was coming from Nnewi, Anambra State.

Monday were declared a sit-at-home day in the South-East to demand the release of the leader of IPOB, Mazi Nnamdi Kanu who was re-arrested in Kenya and repatriated to Nigeria over crimes bordering on incitement, unauthorized assembly and others.