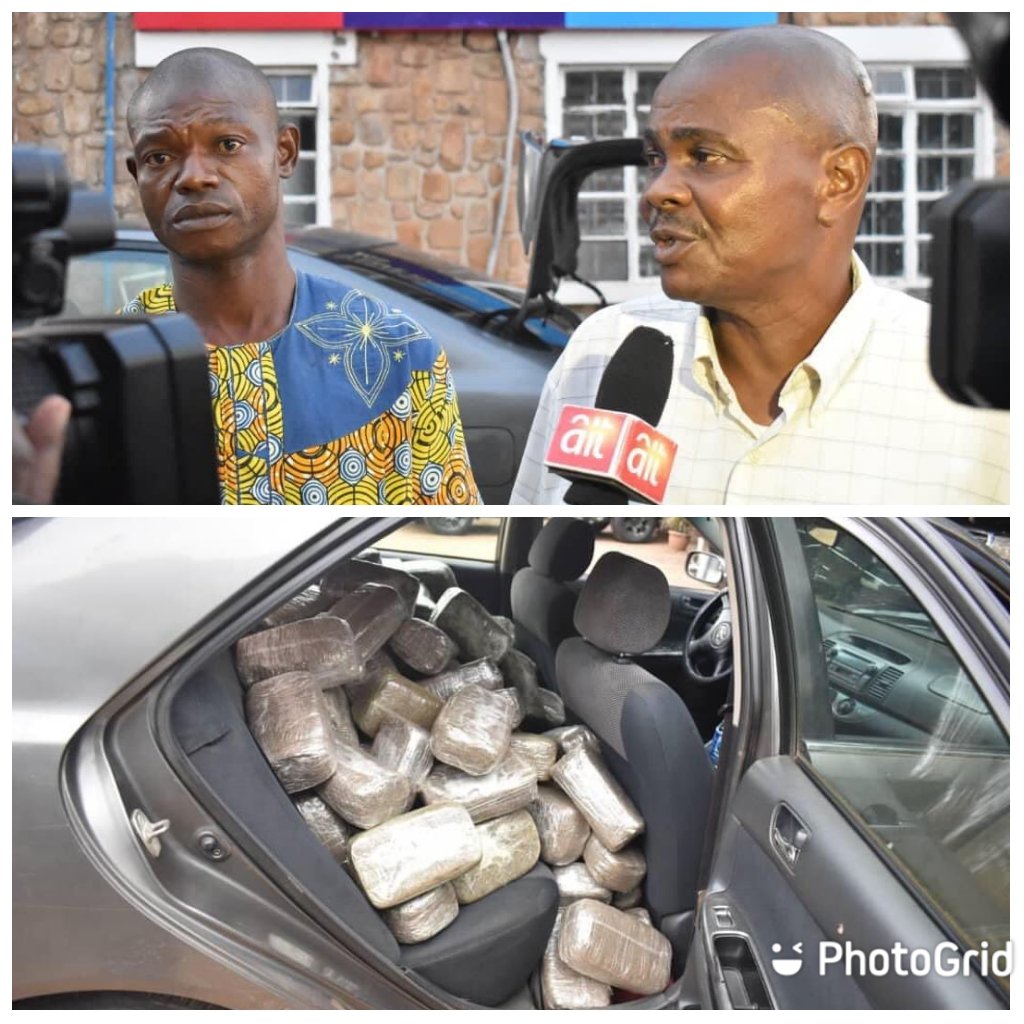 A retired policeman identified as Sergeant Patrick Kalu have been arrested by troops on Operation Safe Haven(OPSH) over illicit substance.

Sergeant Kalu was arrested alongside one Friday Kalu with blocks of 320 blocks of Indian hemp estimated to be worth N9.5 million on their way to Adamawa State from Ondo State on Saturday, 4th of September.

According to the suspects, they were contracted to convey the substance to Yola but fell into the hand of the troops during a stop and search operation at Manchiok Riom road on the Toyota Camry car with registration number Abuja ABC 214 HV.

However, they are currently being investig