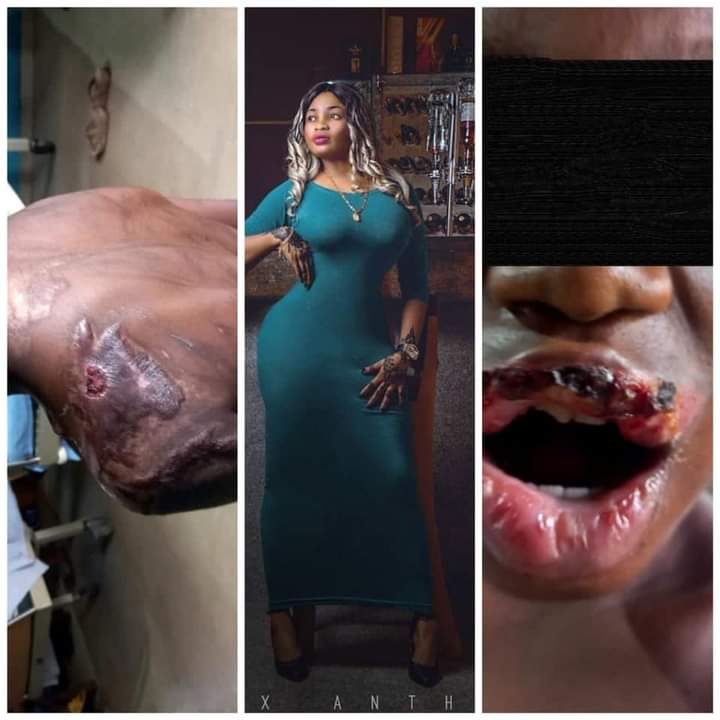 The First Lady of Abia State, Mrs Nkechi Ikpeazu, is set to fly the 10-year-old abused girl identified as Ifunanya for Abuja after series of medical examinations.

Ifunanya was abused by her mistress Mrs. Esther Orjiugo Zazi Kelechi David and was forced to drink hot water for breaking a plate in their residence at Umuahia.

A statement made available by the Chief Press Secretary, Chika Ojiegbe, on Friday revealed that series of medical examination has been done on Ifunanya since Mrs Ikpeazu interceded and the team of doctors discovered that her Oesophagus has been damaged.

Read the gory details below;

UPDATE ON THE 10 YEAR OLD ABUSED GIRL, IFUNANYA: ABIA FIRST LADY TO FLY HER TO ABUJA FOR POSSIBLE SURGERY.
Further intensive medical Investigations have been done by the team of doctors handling the treatment of 10 year old Miss Ifunanya.

Current diagnosis reveal that Ifunanya has OESOPHAGEAL AND PYLORIC STENOSIS, which, in layman’s terms simply means there has been extensive damage to her oesophagus and stomach making it difficult for food to enter her stomach. She has only been taking fluids at the hospital.

To this end, Wife of the Governor of Abia State, Mrs. Nkechi Ikpeazu, who is funding the entire treatment of the girl, has directed that the little girl be flown to Abuja for continued management and possible corrective surgeries.

Investigations have also revealed that the young girl was serially abused and brutalized by Mrs Esther Zazi David leaving many injuries including a broken collar-bone, which was sustained when her mistress allegedly threw her down on the ground and viciously stepped on her neck, shoulder, and chest. The doctors will also handle that injury.

Meanwhile, the case between Abia State Government and the police versus Mrs. Esther Orjiugo Zazi Kelechi David came up yesterday at the State High Court Umuahia before Justice KCJ Okereke for consideration on a bail application.

After submissions and arguments for and against bail by both sides, Justice KCJ Okereke adjourned sitting to September 30th 2021 for ruling on the bail application.