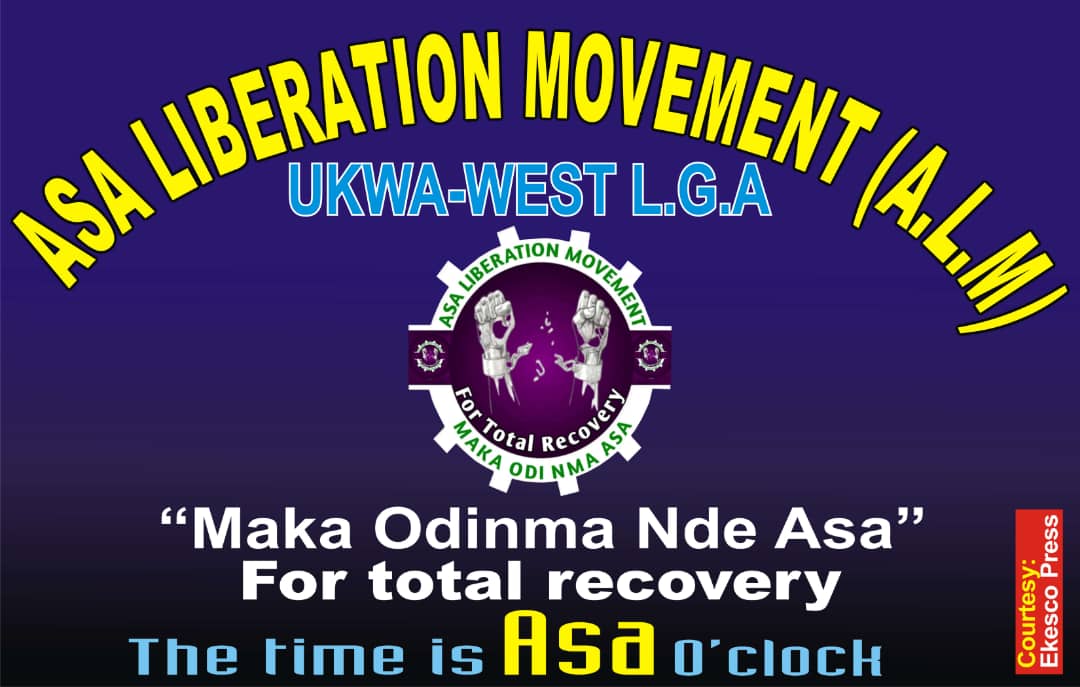 The political group known as Asa Liberation Movement has called on the Ukwa West PDP delegates to refrain from selling their conscience and votes for a plate of porridge in their forthcoming party primaries. This is contained in their meeting held on the 30th of April, 2022 at the residence of their president Hon Emeka Adiele.

The leadership noticed with dismay the recent intrigues of financial inducement to the delegates by Chief Chris Nkwonta in a bid to buy their votes ahead of their party primaries come 12th of May, 2022. It recalled that Sir Chris Nkwonta, in one of his campaigns in 2019,said that the richest man in Ukwa West can be bribed with ten (10) thousand naira and now that Chris is going about sharing his dollar bills to Asa delegates, will it not be a harum scarum lemma to say that Chris Nkwonta’s baseless allegation is coming to reality?

“To crown it all, Chief Chris Nkwonta, in his declaration speech at Kingsley Enyite’s Umuelechi residence stated that all the people who had come to witness his declaration were jobless”. Describing his several mortifying acts as debasing and insulting, the leadership urged all Asa delegates to take his money, but vote for accessibility, credibility and transparency in their forthcoming primaries.

The leadership also stated that Chris Nkwonta is one man who does not respect or value Asa people, if he does, he would have sponsored an Asa man for Ukwa Federal House Of Representatives in lieu of coming to buy their votes. It therefore, urged the delegates to vote a man who is accessible and not a seasoned politician who will just win and take our collective victory to America to continue with his expensive lifestyle.

“For the sake of posterity and the future of our children, let us vote with our conscience in the PDP primaries”,the leadership enthusiastically urged the delegates.