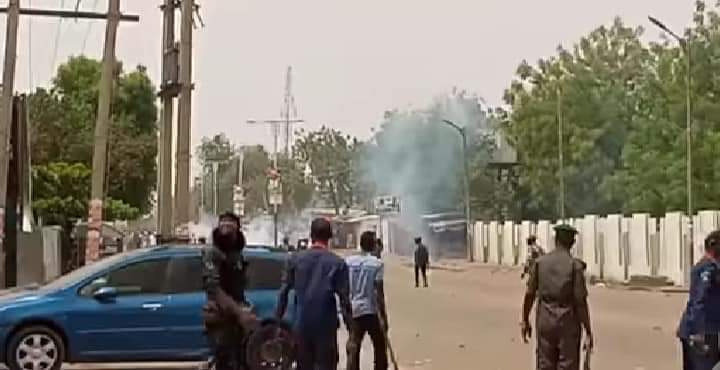 Following the violent protest that resulted on Saturday over the murder of Deborah Samuel, Governor Aminu Tambuwal has declared a 24-hour curfew in Sokoto State.

The violence erupted when the protesters stormed the palace of the Sultan of Sokoto demanding the release of the suspects who were arrested over the murder of the 200 level student of Shehu Shagari College of Education on Thursday.

To curb the menace, the governor said the directive was issued “in pursuance of peace and order in Sokoto metropolis and the entire state.”

So far, churches, shops and other properties have been destroyed by the violent mob while many others were injured.

However, security has been on standby to disperse the protesters.