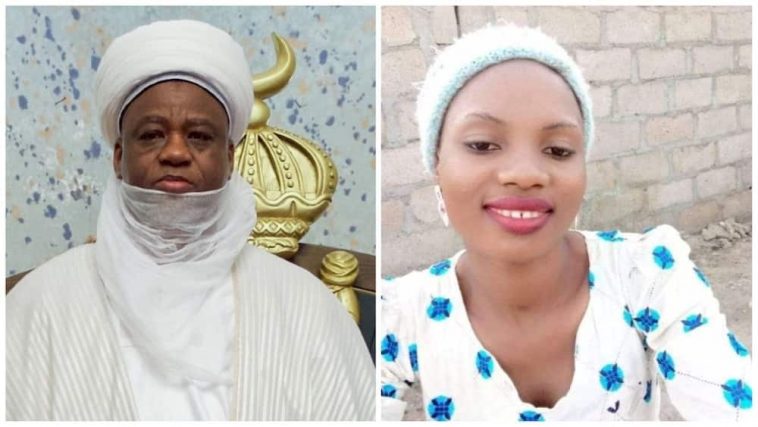 Protesters stormed the palace of the Sultan of Sokoto on Saturday demanding the immediate release of suspects involved in the murder of Deborah Samuel.

Late Deborah, the 200 level student of Shehu Shagari College of Education was killed for ‘insulting the Prophet Muhammad(SAW)’ after she made a voice note admonishing her coursemates who shared unrelated materials in their school WhatsApp group.

The protesters organised by Isiyaku Malami, a devout Muslim who believes the suspects were protecting the name and integrity of the Prophet Muhammad, were carrying placards with inscriptions “Release(nd) our brothers,” “Muslims is not a terrorist,” in the presence of security officers.

“Peace be upon you, we are calling on all Muslims in Sokoto State, for a protest because of our brothers that have been arrested in defending our religion -Islam. Those who are uplifting the honour of our prophet SAW,” reads the protest message shared by Mr Malami to Muslims in the state.

Mr Malami said to the People’s Gazette “We have left the meeting point, we’re very close to the Sultan place, we have mobilised more than 2,000 people now.”

Recall that the Sultan of Sokoto has condemned the grievous murder of Deborah and advised that perpetrators should face the weight of the law.