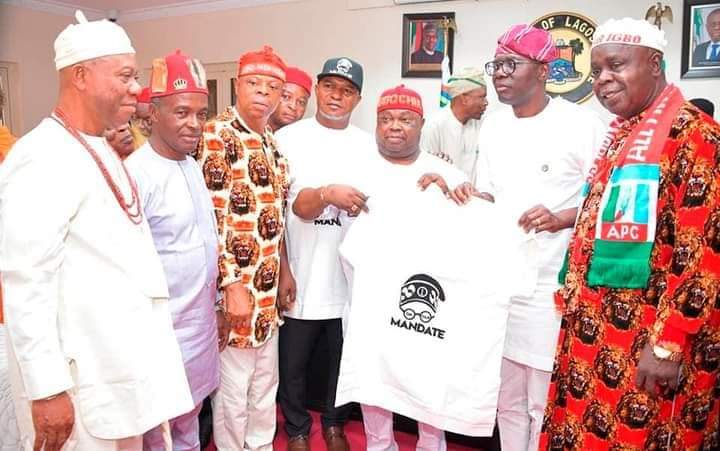 Lagos State Governor, Mr. Babajide Sanwo-Olu has urged residents of the State to continuously ensure that Lagos remains politically stable for continuous peace, which the state currently enjoys as the most peaceful state in Nigeria.

Governor Sanwo-Olu made the appeal on Sunday during his meeting with leaders of the Lagos State chapter of Ohanaeze Ndigbo led by its President, Chief Solomon Ogbonna, and Ohanaeze Political Forum led by its Chairman, Chief Chris Ekwilo, at the Lagos House, Marina.

He said the 2023 general elections for Lagos residents, especially the Igbo people should be about who has their best interest of the nation at heart, a person, who over the years has created opportunities without consideration for tribal interests and who has given a genuine platform for people to thrive, live and work well.

“There is no part of this State that one form of development is not happening. We will continue to push development in every nook and cranny of the state. This is the most peaceful state in the country. We spent so much on security to keep all of us saved on a daily basis. So, if people now come and want to divide us, we shouldn’t let that happen.