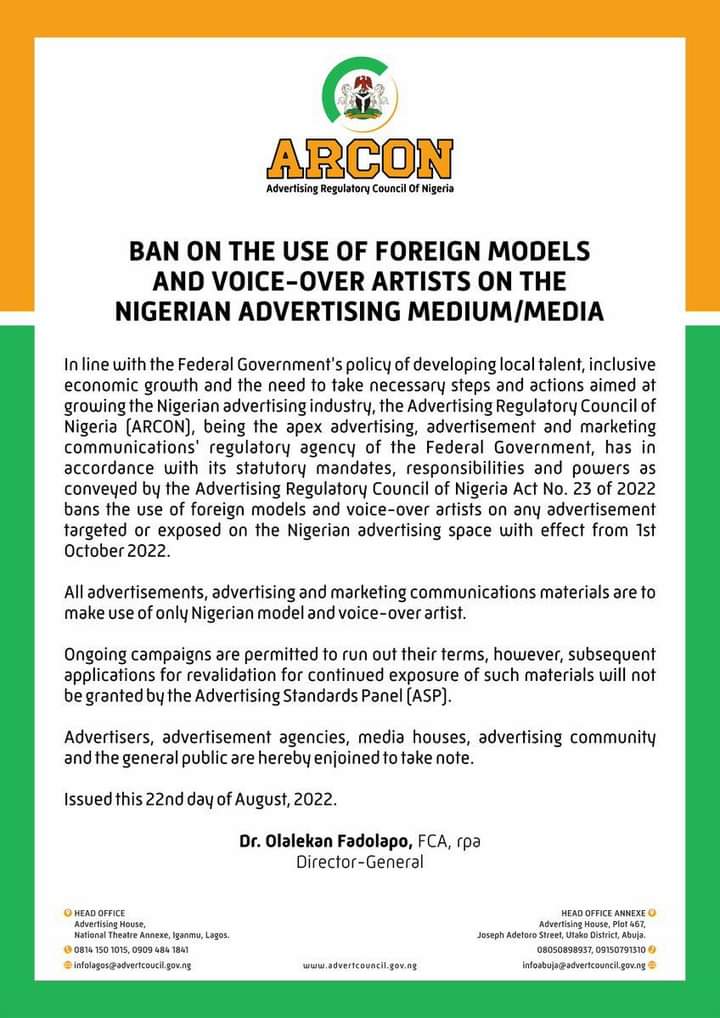 The Federal Government has banned the use of foreign models and voice-over artists in any advertisement targeted at exposing the Nigerian media space.

This was made known in a letter signed by the Director General of the Advertising Regulatory Council of Nigeria, Dr Olalekan Fadalapo which was made available to the media on Tuesday.

According to the statement, the ban will take effect from October 1st 2022.

It advised advertising companies to use only Nigerian models and voice-over artists of Nigerian origin to promote local talents.

It also stated that the ongoing campaign can continue but will stop from the take-off date.