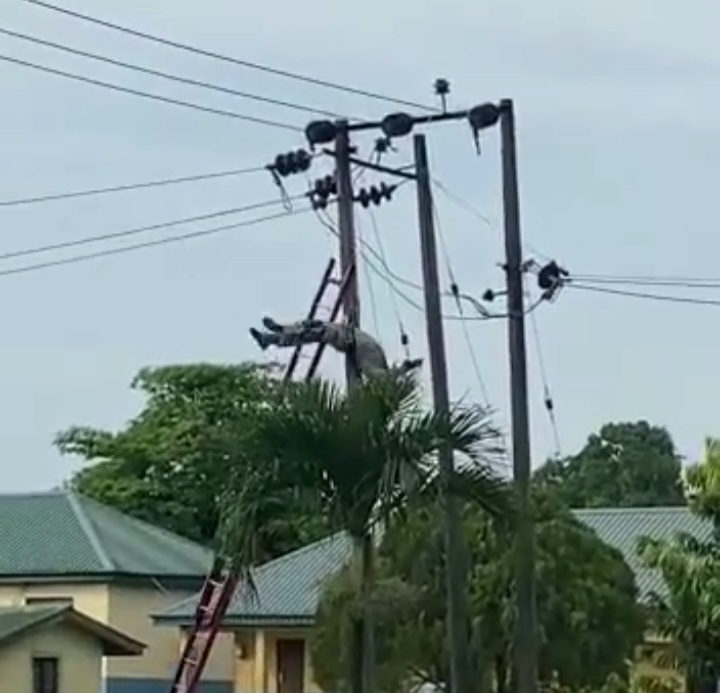 A tragic incident happened at the Nigerian Airport Police Station in Calabar, Cross River State after an electricity worker was electrocuted on Friday morning.

In a viral video shared by journalist Agba Jalingo on his social media platform, the video showed the moment the electricity worker was electrocuted.

The yet-to-be-identified worker who had no protective gloves on dangled from the top of the ladder as people watched.

It was also gathered that the control switch was not shut down before the repair.