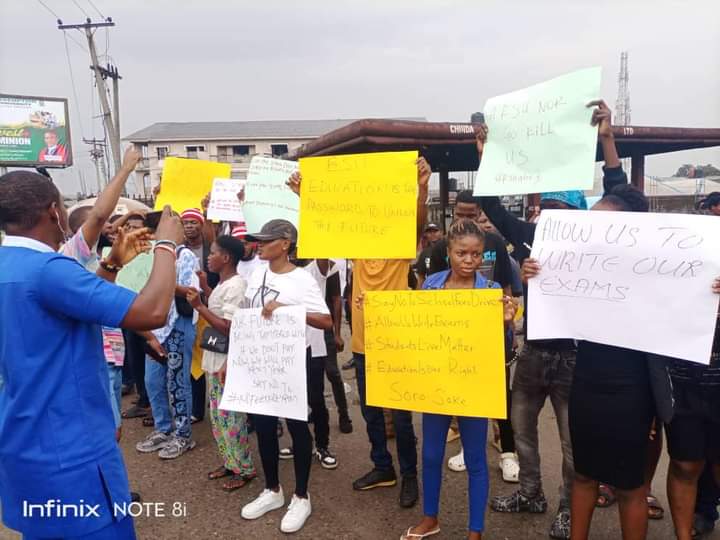 A 300-level student of Sociology at Rivers State University, Grace Ihunwo who was arrested following a protest has been released on Thursday.

Miss Ihunwo was arrested and detained at the Rivers State Police Headquarters over the ‘No Fee, No Exam’ protest held by some final-year students of the University on Tuesday.

According to Miss Ihunwo who led the protest, the University management is accusing her of causing chaos in the school and was released after she signed a caution form.

Miss Ihunwo also appealed to the management of Rivers State University to review the ‘No Fee, No Exam’ policy.

Students in the University were barred from writing the examination, an action which infuriated the students ans led to the protest on Tuesday.

Meanwhile, the management of Rivers State University who honoured an invitation by the Assistant Commissioner of Police has agreed to reschedule the examination for students who missed their examination on Monday but insisted that the school fees will be paid.

It also revealed that school fees will be paid in instalments by the next academic session.