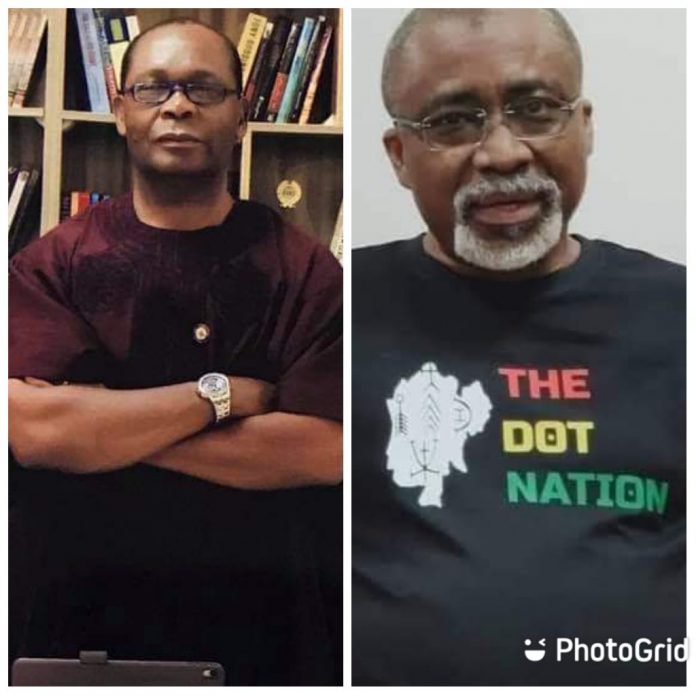 The internet went abuzz on Tuesday when pictures surfaced of the Senate Minority leader wearing the t-shirt.

This act, obviously annoyed the Chieftain of the All Progressive Congress, APC, who called the Senator Abaribe an ‘ethnic bigot and elder for nothing.’

He promised to write a book about the Senator soon.

“A SENATOR AND AN ETHNIC BIGOT. AN ELDER FOR NOTHING. THE BLOOD OF THOSE POLICEMEN AND THE UNINFORMED YOUTHS KILLED IN THE SOUTH EAST WILL BE ACCOUNTED FOR IN THE FULLNESS OF TIME. WE CANNOT BE MAD ALL THE TIME. I WILL SOON WRITE A BOOK ON Abaribe.”

Recall that President Muhammadu Buhari described the Igbos as a ‘dot in a circle’ who are landlocked and do not know what they are saying when they agitate for secession.