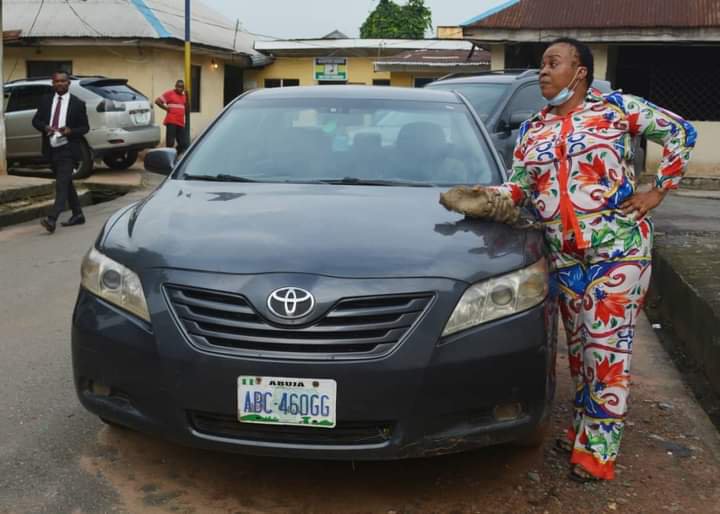 The Imo State Police Command has arrested a 37-year-old fake lawyer identified as Mrs Princess Kate Nneoma Duruji of Akakkims Palace Orji Owerri for parading herself as a lawyer.

A press release by the Police Public Relation Officer, Micheal Abattam, revealed that the suspect was arrested on the 5th of July, 2021 over a case of fraud reported to the Police on the 30th of June, 2021.

The statement disclosed that she falsely paraded herself as a lawyer to unsuspecting victims whom she represented at the police station.

“When interrogated, the suspect confessed to the crime which led to the recovery of a lawyer wig conspicuously displayed on the dashboard of her Toyota Camry car with registration number ABUJA ABC 460 GG,” the statement reads.

The police revealed that the investigation is ongoing and as soon as concluded, she will be arraigned in court.

“Meanwhile, the Commissioner of Police Imo Command, CP Abutu Yaro, FDC, is appealing to the good people of Imo State to be wary of fake lawyers and advice them to ensure that, they approach genuine solicitors and advocates.
He then warns those whose stock in trade is to go about impersonating lawyers to desist from such acts as anyone found complicit will be arrested and prosecuted forthwith,” it concluded.