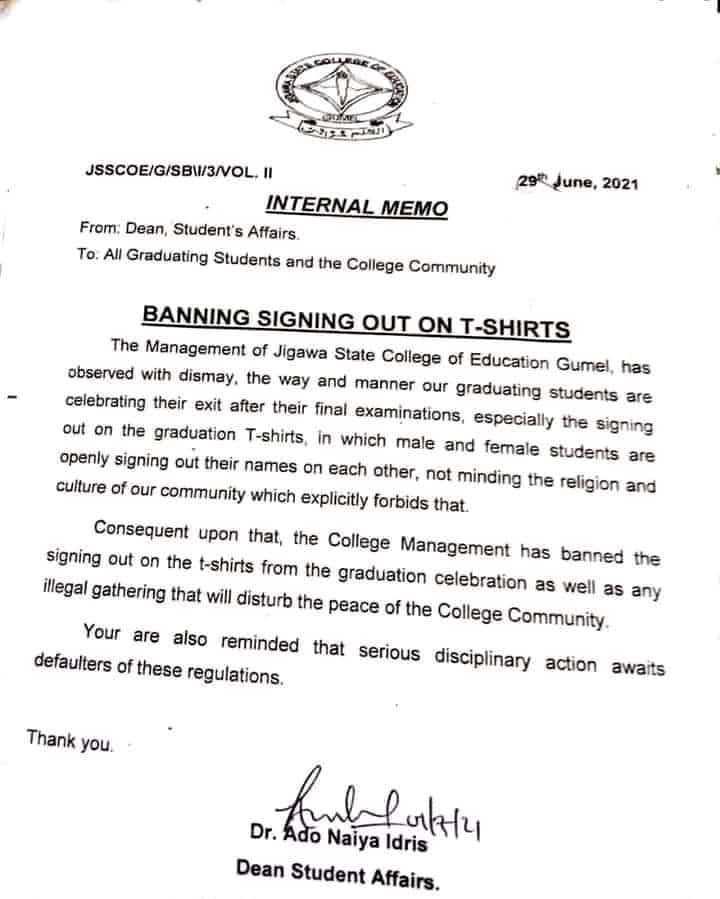 The Jigawa State College of Education has banned signing out of graduates on opposite genders’ T-shirts in the school over the religious inclinations.

The management of the school, in a release signed by the Dean of Student Affairs, Dr Ado Naiya Idris revealed that students of the opposite sex were boldly signing out on the shirt of each other which their culture abhors.

It warned that punishment awaits defaulters and also banned gatherings that will disturb the peace of the college community.